For queer, gender diverse, takatāpui & intersex youth in Auckland, the shift to level 3 has exacerbated issues of access to safe housing and emergency accommodation. 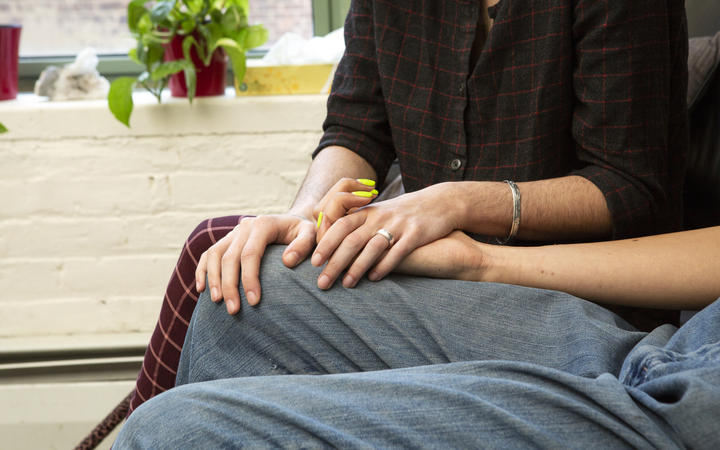 RainbowYOUTH homelessness support worker Therese Go says they have seen an increase in referrals from social workers, nurses and school counsellors who are concerned the young Aucklanders they are working with are being isolated with families that are not supportive of their sexuality and/or gender identity.

RainbowYOUTH was among groups that raised concerns about the safety of queer and trans people when the country moved into level 4 lockdown this year.

"Queer, gender diverse, takatāpui and intersex communities continue to be resilient during this tough time," Go said. "However, we've been hearing from and working with a lot of young people who are navigating numerous challenges as a result of the Covid-19 pandemic."

Safe housing is just one of the challenges.

Manāki Rangatahi, a collective of organisations - including RainbowYOUTH - who are trying to tackle youth homelessness, said the effect alert level 3 was having on young people experiencing homelessness was concerning, and few emergency housing providers were willing to take in 16- and 17-year-olds.

RainbowYOUTH is seeing the impact of that - they've had an increase in under 18s reach out for support after being unable to access emergency accommodation and related services.

More queer and trans teens are turning to RainbowYOUTH because they are struggling to find stable private housing too. Go suspects that is because there is a general misconception under-18s would be irresponsible tenants.

For trans people in particular, applying for rental accommodation as a tenant or within an already established flat comes with its own set of challenges and many struggle to find housing options that welcome trans people. Lack of ID and low income are also barriers.

The lack of supports and services available to address the housing needs of rangatahi meant many were forced to live in unsafe, and unsuitable environments during the first lockdown, Manāki Rangatahi said.

The Ministry of Youth and Development found a just over a third of queer, trans and intersex youth it surveyed in April and May felt unsafe in their bubbles.

In June, a collective of rainbow youth sector organisations said the government's Rebuilding Together Budget lacked any specific funding for their communities at a time when they face more challenges than ever.

They said without being named as a priority group "there is no assurance that the needs of rainbow young people will be specifically considered."

Over the past two weeks in Auckland, Go says more queer and trans youth with disabilities - particularly those on the ASD spectrum and those with hearing disabilities - have been having a harder time accessing Work and Income support.

Disabled trans people in particular have low median incomes and high levels of material hardship. The median income of disabled trans and non-binary participants in the national Counting Ourselves survey was $10,001-$15,000.

Many already faced barriers pre-Covid in accessing Work and Income support, and some told Counting Ourselves they had been treated unfairly or verbally harassed because of their gender identity when using the service.

"Our young people have mentioned they've had a difficult time accessing this [Work and Income] support due to the lack of recognition, understanding and support of their disabilities," Go said.

"These concerns are exacerbated due to the fact that Work and Income are only offering phone call appointments during alert level 3."

The Ministry of Social Development's Kay Read, of group client service delivery, said many of their clients have complex needs.

She said during alert level 3 and 4, in addition to phone and email contact, Youth Service has been using communication channels which include texting, Facetime and Zoom.

"We expect our services to be accessible to all New Zealanders, and we're working hard to make sure this is the case for all of our clients," she said.

"We have a centralised team available to respond to deaf people, people who are hard of hearing or who have speech impairments, via fax, text or email.

Read said it would be completely unacceptable for any client to be treated in the way described by Counting Ourselves participants and urged anyone with this type of concern to get in touch via the complaints process.

* Queer and trans are used in this article as umbrella terms for all sexuality and gender minorities however we acknowledge each person's relationship to identifying words are unique.