A report on drones in New Zealand severely overstated the number operating, the director of an aviation consulting firm says. 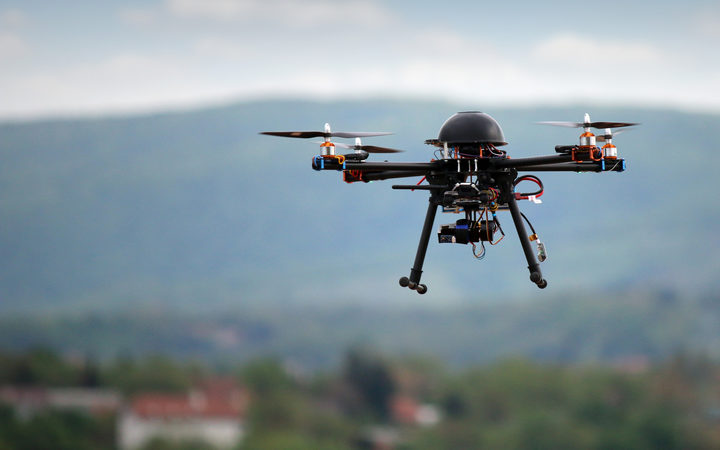 The research commissioned by the Civil Aviation Authority, Ministry of Transport and Ministry of Business Innovation and Employment aimed to build a better understanding of how drones were being used in New Zealand.

It found an increase of about 30,000 drone users in the past three years.

The report from market research agency Colmar Brunton claimed there may be 15,322 drones in New Zealand used for business or scientific purposes, and 156,610 drones used for recreational purposes.

Andrew Shelley of the firm Aviation Safety Management Systems said the numbers were overstated by up to 250 percent, which could lead to harsher legislation than was needed.

"When I looked at some of the data that's in the report it wasn't internally consistent, and didn't support the numbers.

"The biggest issue with that is it determines the size of the problem they're trying to regulate, and if that looks really big we could get some quite significant policy interventions that wouldn't be justified."

Shelly was not a drone operator but worked with many, including training and in writing operating manuals. He had also recently completed a PhD which included analysis of drone registration and other means of controlling them.

The aim was to determine the best way of reducing potential harm from drones.

He was concerned about the increasing ease in which people could buy drones off the shelf, especially as they were now more capable of flying further and were more powerful, but there was little evidence of incidents to suggest there was a "serious problem out there".

That meant one in five flights could be wandering into restricted airspace, increasing the risk of collisions with other aircraft.

Shelley said his firm's analysis showed that the survey classified airspace as restricted, that was not restricted.

He suggested that the term restricted "was chosen to get good headlines that would drive a political agenda".

He also questioned the implicit bias in survey questions that were clearly designed to garner support for the Ministry of Transport's drone regulatory programme.

"The questions are worded to imply that the proposed interventions will be effective, when there is actually considerable doubt about their effectiveness."

He said the survey report "lacks basic data and analysis" that would be expected from a robust analysis, which might not be important to the casual reader, but it was important if policy interventions were to be evidence-based.

Regulators overseas had been "jumping on the bandwagon" of drone registration which was tied into another thrust towards authorisation of every single drone flight, he said.

"Behind that is the idea that the flying cars, that will one day be here - and packaged delivery, can't possibly operate if we don't know where all the drones are."

He said it was important to step back and analyse the actual problem with drones at the moment. The one he was seeing most was recreational users putting up a drone at the local sports field on a Saturday morning and flying over groups of kids playing sport.

"Some would be concerned about the privacy aspects of that, but in reality anyone could pull out a camera and take photos, but the issue is more about the reliability of drones - they're not infallible."

Shelley said it would be wiser to provide more education around where people should not be operating as opposed to where they could.