The first day of a week-long Covid-19 testing blitz has begun with steady demand at testing centres but no major increase in numbers. 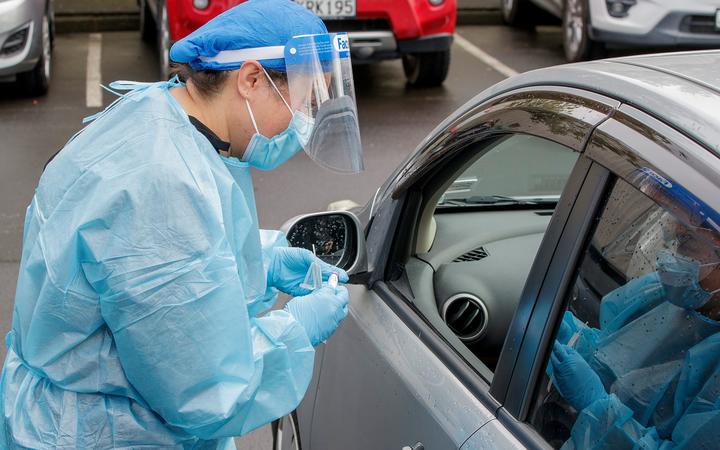 A health worker conducts a test at a Covid-19 coronavirus testing centre in the suburb of Northcote. Photo: AFP

The government's encouraging people without symptoms in south and west Auckland to be tested this week to ensure the Auckland cluster - now with 108 cases - is contained.

Centres visited and contacted by RNZ today reported consistent testing but short queues, if any.

It's a stark contrast from two weeks ago, where hours-long queues formed, and one day more than 26,000 tests were processed.

The woman had heard the government wanted more testing, and with a centre just down the road from them it was an easy decision.

"Me being the old girl and looking after the kids, I thought I better," she said.

"People should get it anyway, it's costing them nothing just to make sure the country's going to be free of it."

The latest figures from yesterday show labs processed 8559 tests - up from each of the previous two days which were around four and half thousand.

Yesterday's figure was still below the 10,000 the government wants each day over the next week to be sure the cluster is not leaking out undetected.

To help this there has been a slight change in tack from the director-general of health, Dr Ashley Bloomfield.

"Of course anyone with symptoms should get a test, but also people who don't have symptoms," he said. "In particular, in that Pacific community in west and south Auckland, I'd encourage them to also go and get a test."

Minister of Health Chris Hipkins said there was now an abundance of testing centres and was encouraging asymptomatic people in south and west Auckland to go. 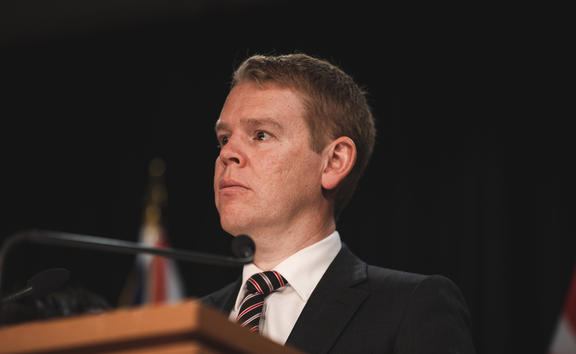 "There are 1121 places that you can be tested around the country, 350 of those are in Auckland. So there is certainly plenty of availability of testing," Hipkins said.

"We're also looking at how we increase our asymptomatic testing in those areas where we just want to increase our testing numbers for the purposes of reassurance."

One of the new pop up centres which opened yesterday at Randwick Park, near Manurewa, had just one person there when RNZ arrived today.

Only one swab was taken there yesterday afternoon, and about 20 by mid-morning today.

Dr Bloomfield said these temporary pop up centres were targeted and portable.

"These locations have been identified as places where populations who we do want to get more testing done in will be able to access the testing.

"The DHB will move them around the region to make sure those populations - particularly the Pacific population in south and west Auckland - have ready access to testing."