South Auckland doctors are setting up their own Covid-19 test sites to encourage anxious communities at the heart of the current outbreak. 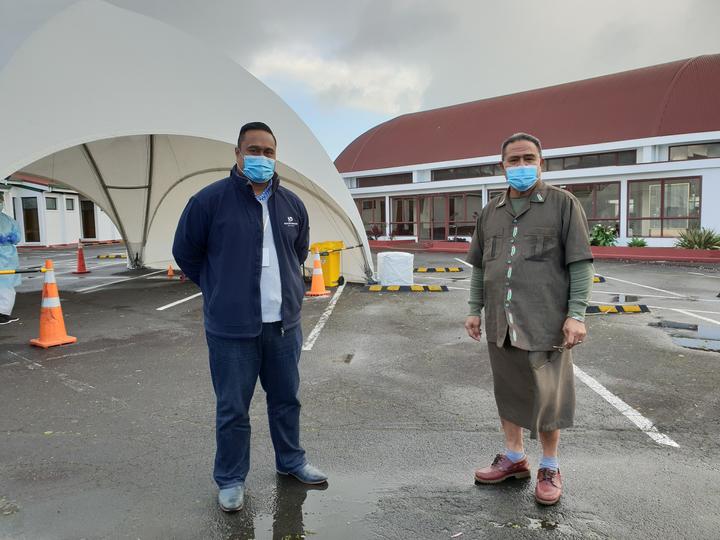 South Seas Healthcare and Baderdrive Doctors are joining forces to offer pop-up testing facilities at churches. The move coincides with a government plan to ramp up testing among Māori and Pasifika families.

Some people had clearly built up courage to get tested.

"It's a mixture of feelings. A lot of people are anxious and just feeling a little bit scared so that's where we have the team come in to help them feel relaxed and just talking them through the process," she said.

South Seas Healthcare chief executive Silao Vaisola Sefo said the number of swabs taken at this pop-up centre was particularly high, and that showed a need to set up testing sites within easy reach of target communities.

"It means that when you bring that out to the community. It's easy access for people. People will come because it's a place that they're familiar with and feel safe with."

He said the pop-up facility was set up following a request from the Samoan Methodist church and was fully supported by the local District Health Board.

"This is the third church that we responded to... It's not the first and I can guarantee you it's not the last." 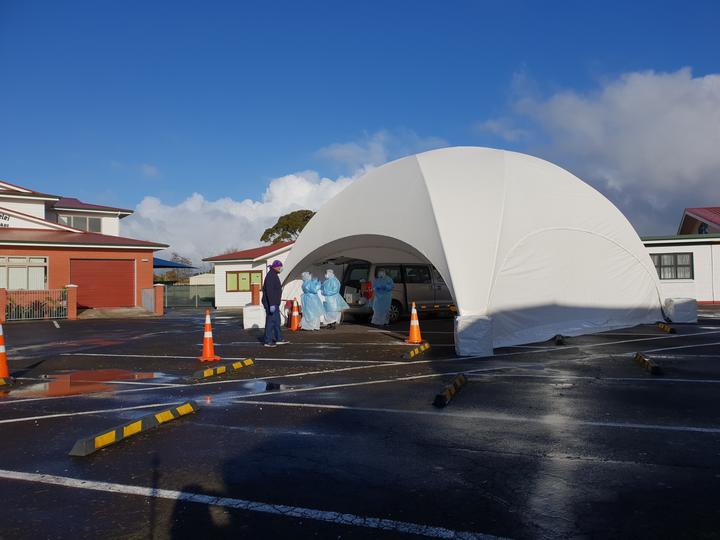 Sefo said of late he had seen a fall in the number of people coming for a test and he had a simple message.

"Because we're the population that's being impacted by this the most, so we do encourage our Pacific families to whether it's through your GP, through these pop-ups, through the current testing stations across Auckland ... to get in and get tested."

The minister of the church, Reverend Oianata'i Matale Tuivanu, said if needed, they would keep testing on site for a longer period of time.

"We're happy to have this testing here today to make them easy to come here and have a test, instead of going to Ōtara, which is far away from them," he said.

A member of the church, Hana Senara, said for Covid testing to work it needed Pacific doctors to take the lead.

"People are more comfortable to come and test within their own hubs because Pacific providers, they know how we function as a Pacific community."

"When our church leader calls for or advocates on behalf of government to community and denomination, we'll come and we'll be tested, because we know that there's that platform of safety and understanding between our church minister and South Seas Healthcare."

Health Minister Chris Hipkins said at least six additional mobile testing units and pop-ups were being deployed to further improve coverage and these would have a particular emphasis on Pacific and Māori communities.

"The government's message is please don't relax now. We need to continue our testing efforts and we need the cooperation of all New Zealanders in the process."

Sites are being finalised and the current plan includes sites in Rānui, Glen Innes and Manurewa, which are being set up Wednesday afternoon.