Investigators are working out how to access a landmark Wellington house burned out in a fire last night to check no one was inside.

Fire tore through the historic Wellington house on Tuesday evening.

The house at 128 Abel Smith Street is thought to have been unoccupied at the time, but emergency services are not ruling out the possibility that squatters may have been inside when the fire began.

Fire and Emergency spokesperson Belinda Beets said so far crews had not been able to check the house as it is not structurally safe.

"We don't know whether or not there was anyone inside and we don't know if they got out or not," she said.

Beets said the fire was being treated suspicious until the cause is known. 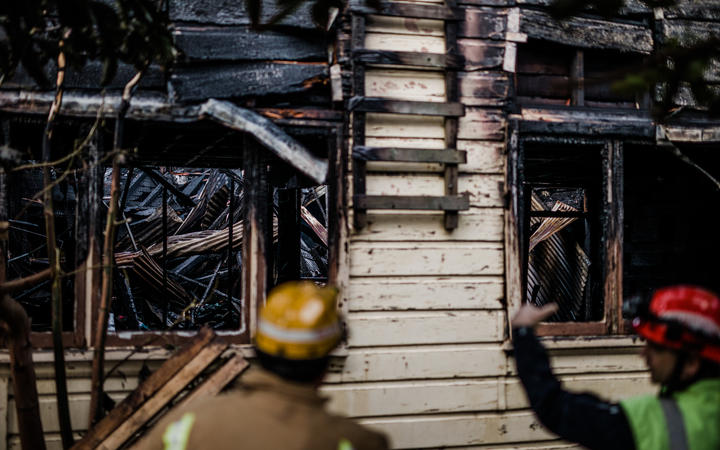 Emergency services at the site of the fire. Photo: RNZ / Dom Thomas

Detective Sergeant Hamish Blackburn said crews are still not sure how they will safely access the structure.

"No one is going inside at the moment. It's not safe."

Asked if there was any idea if there was people inside at the time, he said: "We're not sure, that's going to be part of the scene examination."

"At the moment we're focusing on the integrity of the building before we can do anything else."

The Lebanese Society of New Zealand has owned the house since 1959 and it was initially used as accommodation for recently arrived Lebanese to Wellington and a social hub for the community. 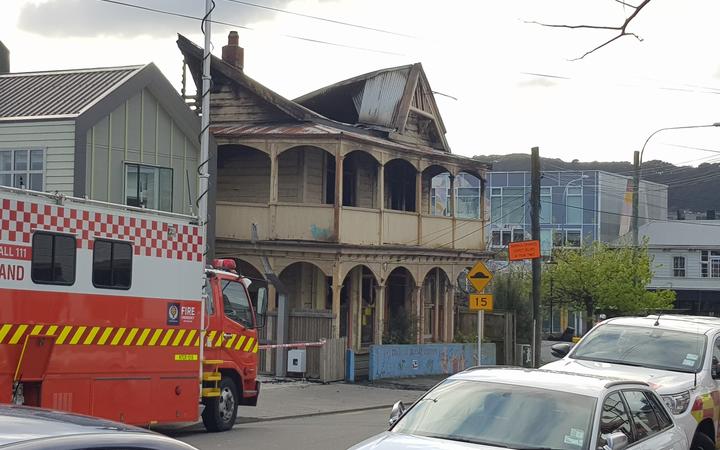 Fire crews have remained on site the morning after a fire erupted at a house on 128 Abel Smith St, Wellington. Photo: RNZ / Rachel Thomas

The society's secretary, Stephen Wakem, confirmed the house was not formally occupied and had no power supply.

Wakem said the groups that used the premises were asked to leave last winter, because the building was not structurally safe.

He said the place was well secured, with doors and windows bolted, and he had no reason to believe anyone would have broken in.

In a statement, the society said its membership had substantially reduced by the early 2000s and a community group, The 128 Collective, subsequently used and cared for the premises. 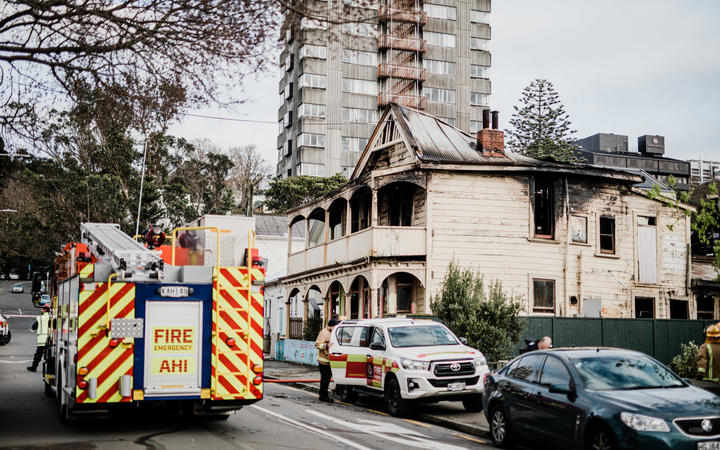 The Lebanese Society of New Zealand has owned the house since 1959. Photo: RNZ / Dom Thomas

In 2019, the city's Lebanese community recovered the premises, and the society's committee has since been working closely with society members to decide on the building's future.

Secretary Stephen Wakem said many of its members were children or grandchildren of the original 1946 membership in Wellington.

"We're sad to lose a piece of our local legacy."

Fire crews have been on site overnight and police were stationed at the house this morning.