Firefighters have been tackling a house fire on Abel Smith Street in central Wellington.

Fire tore through the historic Wellington house on Tuesday evening.

Dozens of people from neighbouring properties were evacuated as firefighters worked to contain the fire.

Firefighters were called to 128 Abel Smith Street just after 6pm.

Built in 1898, the Edwardian style house was a former hospital, society headquarters, and more recently a community centre and a hub for political activism.

The building was set upon by armed police in 2007, at the centre of the Urewera Raids.

The fire tore through the roof of the building, with the western side of the roof collapsing after about an hour, threatening an apartment block next door.

10 fire crews, about 50 people in all, were called in to deal with the blaze.

Police were at the scene of the fire and said the Terrace Tunnel and Arras Tunnel would be closed and diversions put in place.

Adam Leonard lives next door to the house and said he was evacuated at about 6.15pm.

"It was a bit of a mad rush to try and grab whatever I could but managed to get a little bit and get out," he said. "Looks like our house might be ok, so fingers crossed."

Leonard said the house has appeared to be unoccupied for some time.

"They've put up now a huge cherry picker, which is probably about 20, 30 metres up which is trying to spray water on top of the fire.

"This building is gone, that's for sure. They're just trying to, I expect, stop the fire from spreading to other buildings around it."

An investigation has been launched to determine the cause of the fire. 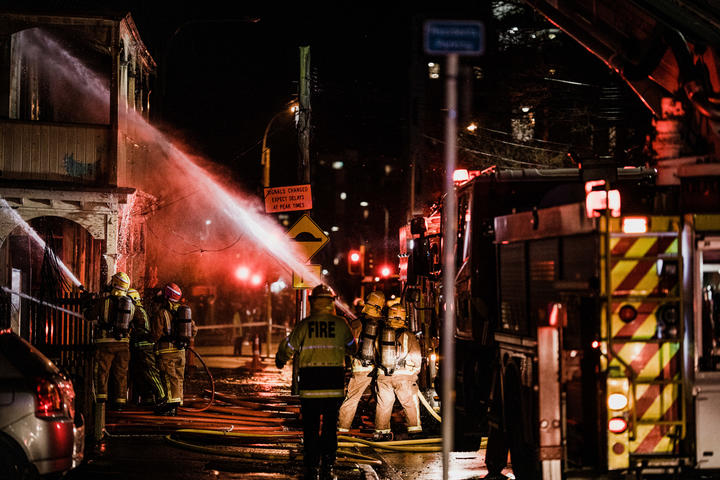 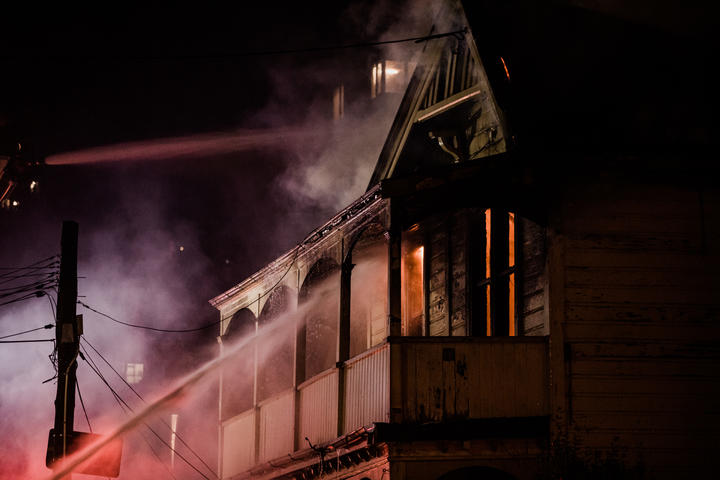 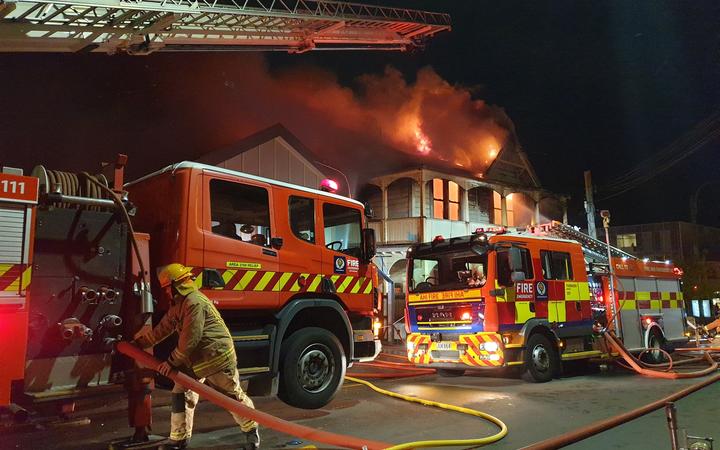 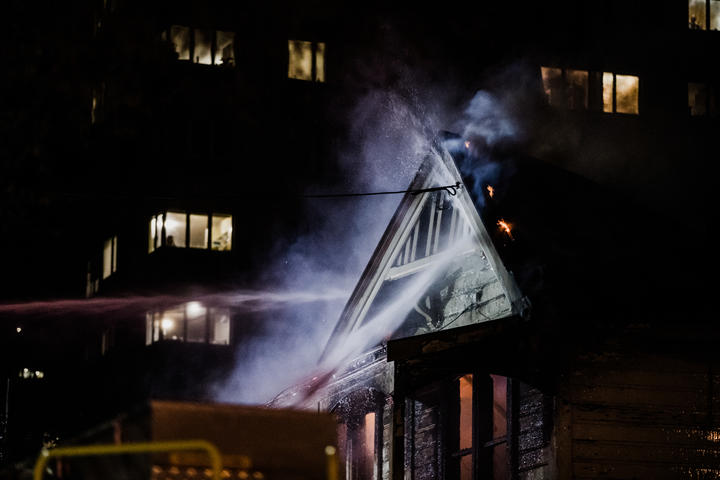