There were six new cases of Covid-19 in the community, the Health Ministry revealed today. 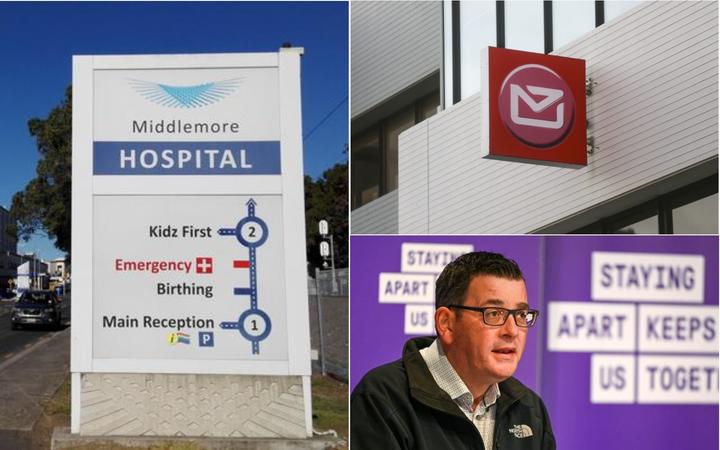 Nine people with Covid-19 are in hospital, including three in intensive care. There are two cases in Auckland City Hospital, four people in Middlemore - which includes the three in ICU - two people in North Shore Hospital and one person in Waikato Hospital.

The ministry said four of the new cases are epidemiologically linked to the Auckland cluster - two are household contacts and two are church contacts, while the other two cases remain under investigation.

It said 145 people linked to the cluster have been moved into the Auckland quarantine facility, which includes 75 people who have tested positive for the coronavirus.

The total number of confirmed cases of Covid-19 in New Zealand is now 1321. There are a total of 111 active cases in this country, including 16 imported cases from managed isolation facilities.

There were 12,256 tests processed yesterday, with 685,476 tests carried out in total in New Zealand.

NZ Post has stood down staff who worked the day shift at an Auckland parcel processing centre after two positive tests linked to the facility.

In a statement, NZ Post chief operating officer Mark Stewart said staff at the processing centre in Highbrook will be stood down on full pay.

"Following advice from health officials late last night our 70 people on the processing day shift are now in self-isolation until Saturday 29 August. This is for the remainder of the two-week incubation period from when the last infectious staff member was on site, which was Friday 14 August."

More than 300 people at NZ Post's Auckland operations centre have been tested since two positive tests were returned from people on its day shift last week.

There have been no further positive results, although Stewart said two people were unwell.

STA's parent company, based in Switzerland, announced on its website it was ceasing trading, saying the pandemic had "brought the travel industry to a standstill".

Between the company's Kiwi Experience business and rental motorhome business, he says the amount owed is in the hundreds of thousands of dollars.

Victoria recorded 182 new coronavirus cases on Saturday and a further 13 people have died.

It takes the state's pandemic death toll to 398.

Ten of the deaths are linked to aged care outbreaks.

There are 610 Victorians in hospital, including 36 in intensive care and 22 of those 36 are on ventilators.

Meanwhile, South-East Queensland is facing new restrictions after recording nine cases of coronavirus overnight, with six linked to the Brisbane Youth Detention Centre at Wacol, where a 77-year-old supervisor tested positive for the virus earlier this week.

More than 500 workers and 127 inmates are being tested for the virus - 56 results have so far come back negative.

As a result of the cluster, strict new restrictions will be imposed on gatherings in South-East Queensland.