Some residents in northern Waikato are having to break Covid-19 border restrictions in order to buy food. 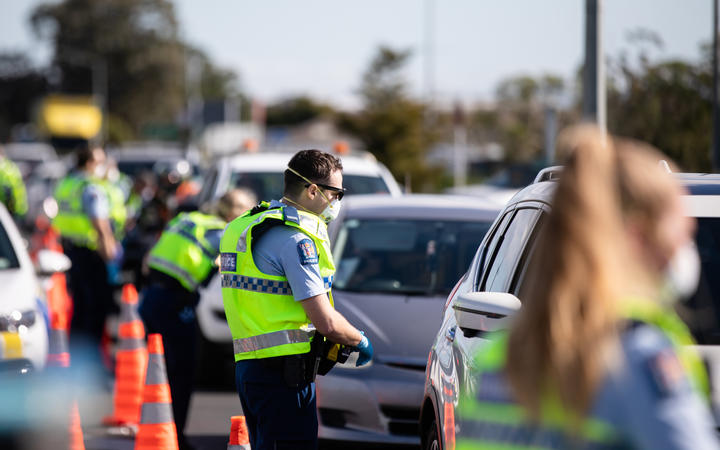 The rural townships of Otaua and Aka Aka are flanked by the Waikato River in the south and Auckland's border in the north. Even travelling to other parts of the Waikato would require residents to travel through Auckland and back out again.

The townships do not have a supermarket or dairy. Some residents haven't bought food in a week - living off what they had, or their land - while others are breaking the law to do so.

Under current Covid-19 restrictions, Sid, a Waikato farmer, cannot legally get to a supermarket.

Just five minutes north of his place, in the Waikato township of Otaua, is the Auckland border town of Waiuku where he normally does his food shopping.

The problem is Waiuku is in Auckland, which is subject to generally strict border checkpoints.

"Our particular road is not policed. You'll probably find most of us are just carrying on and going into Waiuku anyway, which is in actual fact crossing the border and we probably shouldn't be doing it."

The other option is to drive an hour south to Huntly - but the way the roads and boundaries sit, it would mean he has to drive into Auckland and back out again, which is also against the rules.

"It is working okay, but by the letter of the law we're not being law abiding citizens by doing it."

It's a different story for Skene, also in Otaua.

He and his family of four haven't done any food shopping since Auckland moved to level 3 last week.

"So normally Tuesday would be our shopping day. Fortunately we've got a decent supply here - being rural we've got chickens laying eggs and a vege garden. We're not self-sufficient; we're okay but we're hoping the mess gets cleared up soon before we run out of Pringles."

Skene said it would be possible for him to get to Waiuku but he had opted not to.

"I could jump in my car and head up there now, but obviously you're breaking the rules, so that's on your mind. But you also don't want to be putting people at risk. I know it's only five minutes away but a lot of people are making a lot of sacrifices at the moment, and you don't want to be the one that ruins it for everybody."

Waikato District Councillor Jacqui Church said others were in the same boat - cut off from their regular shopping, and even from the rest of the Waikato which had far fewer restrictions, being under level 2.

Church was organising food and care packages for those in need, but said people did not even have legal access to a pharmacy.

"So those people have been sitting quietly for five or six days, they have no dairy, no superette, no produce shop and no fuel. I've been getting messages from them saying 'well we can't get out because we want to follow the rules but we have no supplies, so we're sitting tight'."

This comes as other border teething issues frustrate legitimate businesses with jobs across the border.

A few kilometres away in Bombay, the police checkpoint turned around dozens of cars today. 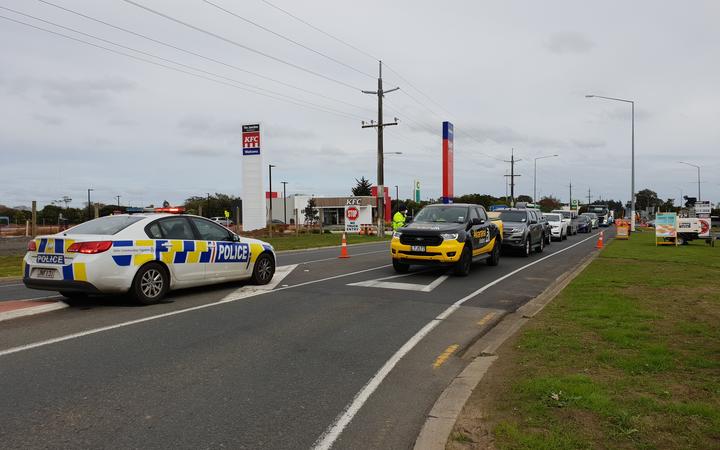 Kurtis Graham had a letter from his boss for a construction job a few kilometres down the road.

"But they've stopped me because we need some type of letter from the Ministry of Health. There's a backlog of people that need it, so we don't have the confirmation letter as of yet."

Alan McDonald, from the Employers and Manufacturers Association, said some of their members have been told it would take seven days for a ministry-approved border exemption.

"Which is pointless, because in the best case scenario we'll be out of level 3 within seven working days.

"We're puzzled as well, because a number of businesses and people have had exemptions that they applied for under level 4, back in March and April, and they can't use those exemptions now. They're being told to reapply, and that's just not good enough."

McDonald said queues at the border were sometimes hours long for essential freight and businesses.

There are now 13 checkpoints in the north and south. As of 4pm yesterday, nearly 70,000 vehicles had been processed at the checkpoints. Just over 2200 had been turned around, for a total of 97 percent of vehicles being allowed through.