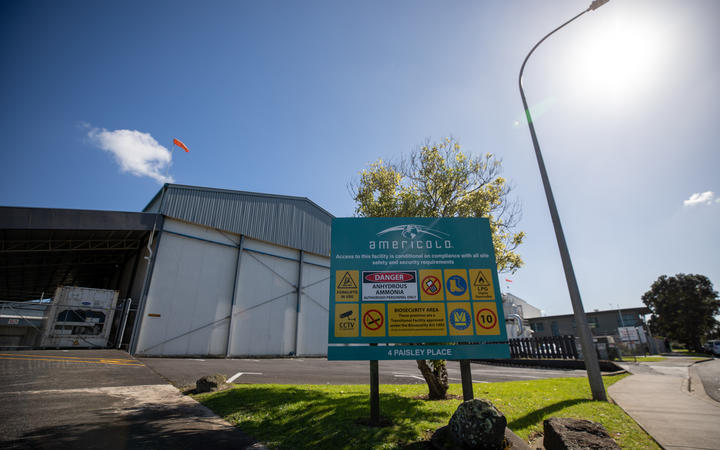 A man in his 50s was the initial Covid-19 case at Americold's Mt Wellington facility. Officials are trying to rule out the virus travelled to Americold's facility from its Melbourne operation where they had two staff test positive.

But Americold managing director Richard Winnall said environment testing in Australia showed no traces of the virus at the plant.

Winnall said they were still waiting for results of the environment testing at Mt Wellington.

The three outstanding Covid-19 staff test results at the cool store are negative.

The Mt Wellington facility has 10 positive cases: seven are employees and the remainder are contractors.

Earlier today in his briefing on the latest cases, Director-General of Health Ashley Bloomfield said environmental testing at the facility was completed over the weekend but would take time to process and results were expected some time this week.

"I should say that even if some of those swabs return a positive test, the challenge will be in determining the direction of any contamination that might've occurred and it may be difficult to get any RNA material from those environmental swabs, which can then be genome sequenced, but obviously that's the aim if we can."

"The lab there is doing the genomic sequencing just to see whether it's a similar or different pattern to the genome sequencing from the outbreak we have here. So that will be another small piece of the puzzle that will help us possibly rule in or possibly rule out whether there is a link there.

"We still don't have any particular clues as to what the origin of the outbreak is. Our first focus is on mapping the full extent of it and managing the outbreak, once we have that complete picture we are much more likely to then go back and trace the origin of it.

"The question of where it's come across the border and how is what we're trying to answer. We may find some clues as to where, but we may still never quite answer the question of how it was transmitted, but we'll do our best to do that."

He reminded the public that the food safety teams had reviewed evidence from around the world and concluded there was no evidence of transmission through contact with frozen goods and packaging.

Last week, University of Otago professor of infectious diseases David Murdoch said that theory of transmission was worth exploring but "probably less likely".

"You can imagine a number of things would need to align for it to be transmitted to humans."