The government has made it mandatory for all frontline border staff to be tested for the coronavirus. 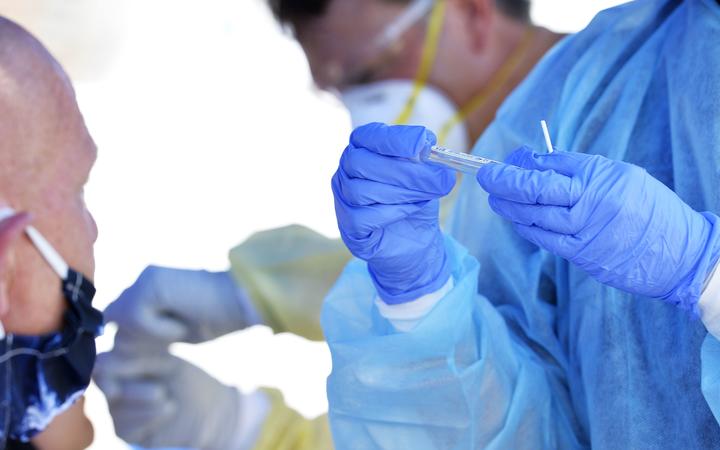 A border worker says it has been left to staff to organise their own Covid-19 testing until now. [file pic] Photo: AFP

It follows the revelation that more than two-thirds of border staff have never been tested for the coronavirus, as health officials search for the origin of the latest community outbreak of the virus in Auckland.

Hipkins said testing was now compulsory for all border staff who came into direct contact with overseas passengers or workers at the border.

"There are over 280 staff who work on the frontline of the border at Auckland Airport. Over the last 24 hours onsite testing has ensured most of these staff have been tested, and the few remaining will be tested over today and tomorrow."

A border worker, who did not want to be named, told RNZ's Midday Report that until now, testing for staff had been completely ad hoc and left up the individual to organise.

"We have been on at them about getting a regular testing programme. There have been sporadic efforts to place testing units at the airport randomly, but there is no protocol or procedures around 'you must be tested every week or fortnight'.

"All the onus is really on the individual as to whether they go to a testing station."

In addition, many staff did not have proper training in infection control and she had witnessed cleaners armed only with gloves being exposed to potentially contaminated material.

"They put their arms right in the bin right up to their armpits and pull out used gloves, ear probes, thermometer covers...potentially highly contaminated items."

The Ministry of Health did not respond to questions from RNZ about the lack of PPE or infection control for staff at the border.

Meanwhile, Unite Union national secretary Gerard Hehir said managed isolation and quarantine hotel workers have raised concerns about the lack of regular testing, which had led to confusion over what was required.

"This lack of clarity is a problem in itself. If people don't know what the system is, then the system fails and no one picks it up."

Hipkins said testing for hotel workers has ramped up with 1435 of the 2459 workers in managed isolation and quarantine facilities tested over the last 48 hours.

Increased testing of port staff was also under way and Director General of Health Dr Ashley Bloomfield said Ports of Auckland staff were a particular focus as officials tried to figure out the source of the latest cluster. 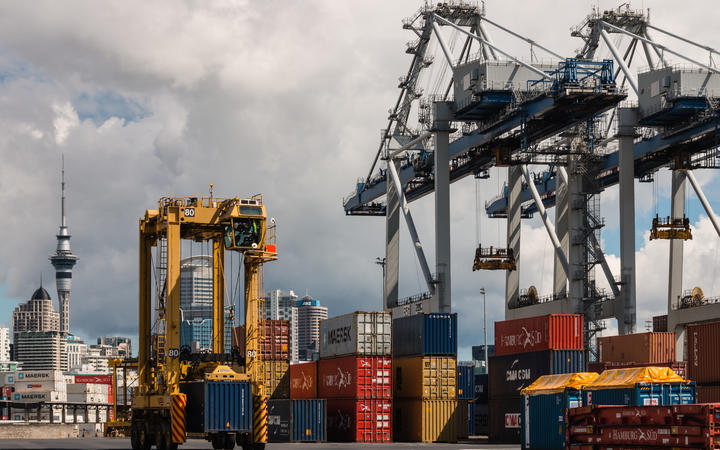 More testing is being done at Ports of Auckland as the search continues for the source of the latest Covid-19 cluster. Photo: Patrik Stedrak/ 123rf

One possible scenario being investigated was whether Americold staff were infected at its storage facility in Mt Wellington, after product passed through the port.

Bloomfield said Covid-19 tests in Auckland were being prioritised as officials tried to pinpoint where the community transmission of the virus originated from.