There is a small possibility that visitors to a Taupō and a Rotorua tourist attraction earlier this month were exposed to Covid-19. 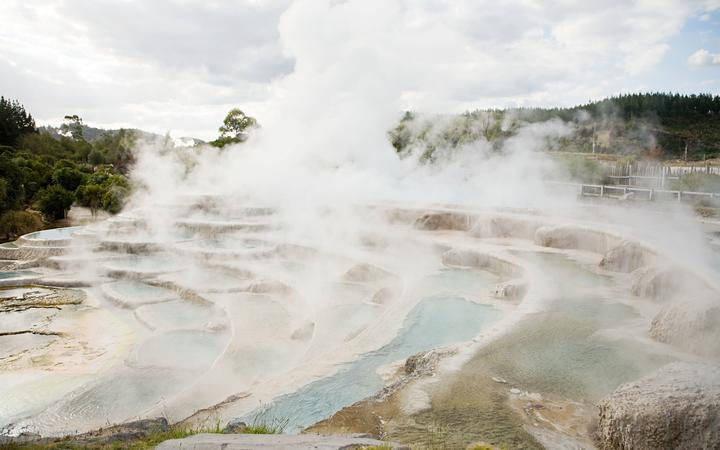 The Bay of Plenty District Health Board said a person who arrived in Japan from New Zealand - departing on 8 August and transiting through Singapore - has tested positive for the virus.

It said they visited the Wairakei Terraces in Taupō on 6 August between 6pm and 7pm and the Wai-O-Tapu Thermal Wonderland the next day, between 9am and 10.15am.

There is also another investigation underway after an international traveller to Belgium from New Zealand tested positive. They left the country on 6 August and transited through Singapore via Amsterdam.

Both were asymptomatic and considered low risk and there was no evidence that they were infectious while here, Director-General of Health Ashley Bloomfield said.

"However, as part of being very pro-active and precautionary, we are undertaking some contact tracing and testing of close contacts.

"All the results of any testing so far has been negative."

Eleven of 13 close contacts of the traveller to Japan had been contacted and were in self-isolation with testing underway or completed, Dr Bloomfield said.

One close contact of the traveller to Belgium is in self isolation and reported to be well, with further contact tracing and testing for that case underway, he said.

Medical Officer of Health Dr Neil de Wet said anyone who visited those places at the same time should be vigilant for the symptoms of Covid-19.

He said if symptoms do emerge, they should stay at home and call their doctor or Healthline for advice and to arrange testing.

It can take from one to 14 days after exposure to Covid-19 to start developing symptoms, so anyone who visited these places at these times should remain vigilant.

Symptoms may include a cough, a fever, shortness of breath, a sore throat, runny nose and temporary loss of smell.