A former soldier left a tetraplegic due to a Defence Force failure has been given a formal apology and compensation 31 years after the incident. 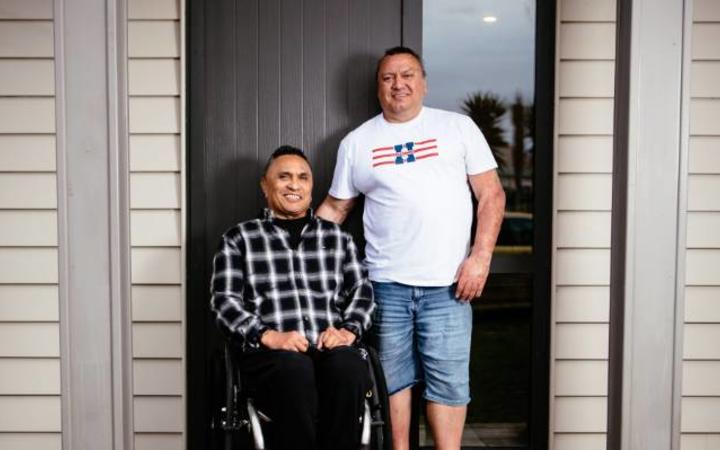 George Nepata was left a tetraplegic after dropping off a stretcher he was being carried on during a training exercise in Singapore in 1989.

His brother, Damien, also received burns to 40 percent of his body in 1994 when the tank he was driving crashed, rolled and caught fire in Waiouru.

Campaigning by the brothers for compensation had been repeatedly denied over the years. The brothers had even taken their case to the Waitangi Tribunal.

Cabinet has now approved an apology and a confidential payment for George. Stuff reports that the minister did not put Damien's case before Cabinet to consider because it was a more complicated accident.

Damien only received a personal apology from the minister.

In a statement, Defence Minister Ron Mark said there was a moral obligation to address this and formally apologised to George Nepata on behalf of the government and Defence Force.

"This apology reflects the fact that as a junior soldier George was obliged to obey the commands of his superiors during the exercise and had no opportunity to challenge the conduct of the exercise," Mark said.

"The apology also acknowledges the efforts and costs associated with his petitions to Parliament, but most importantly it recognises the burden and struggles that George, his wife Kim and his wider whānau and family have borne since the accident.

"The injury he suffered was totally avoidable and unnecessary. I hope this apology from the government and New Zealand Defence Force, and the ex gratia payment, will help George to continue to make the best of the situation, as he has done for so long."

Mark said he acknowledged there had been a concern around setting a precedent when considering this case over the years, but he reiterated this issue was a moral one, not legal.

"If other cases arise then they will need to be considered on their own merits," he said.

Damien told Morning Report he wasn't too concerned about financial compensation for himself, but it was vital for George who had been unable to work because of the accident.

"There were circumstances around George's treatment once he'd left the Defence Force, not just from Defence, but other Crown agencies that were completely inappropriate and, to be frank, just shocking."

He said it wasn't until about two years after the accident that George began to understand how badly he'd been treated.

"He'd obviously had a lot on his mind at the beginning and couldn't understand the treatment he was receiving at the time, or lack of, I should say.

"Once that happened, and I had my serious accident within the Defence Force, he started to see some similar behaviours between the way he was treated and I was treated and he wanted to cut that off at the path as quickly as possible."

Two select committees agreed that George had been mistreated, but when that went to two different Cabinets, neither took up the recommendations.

Damien said he hopes the apology and compensation sends a message to the Defence Force that they have a responsibility to soldiers.

"The moment a soldier is injured, you can't just say to that soldier, sailor, or air crew person that your career with us ends today and you're somebody else's problem - we've extracted from as much blood, sweat, tears, and flesh that we can and now we're just going to hand you off to another agency."

He said George is coming to his retirement soon and the payment will make a huge difference to his life.

Damien said Mark has been an "absolute supporter" since the very first select committee and his experience in the military has made him invaluable.

"He's been able to take this case a heck of a lot further, ask some more detailed and in depth questions that previous ministers didn't have the experience to answer, or just didn't bother asking."

He said there was never a moment when they thought about giving up.

"We both knew this is a fight that's worth fighting. We knew it was going to come to a natural conclusion at some point, but that was going to be when we were satisfied that everything that could be done had been done."