A British yacht owner whose visa expires next month is relieved he and others now have a chance to stay in New Zealand longer. 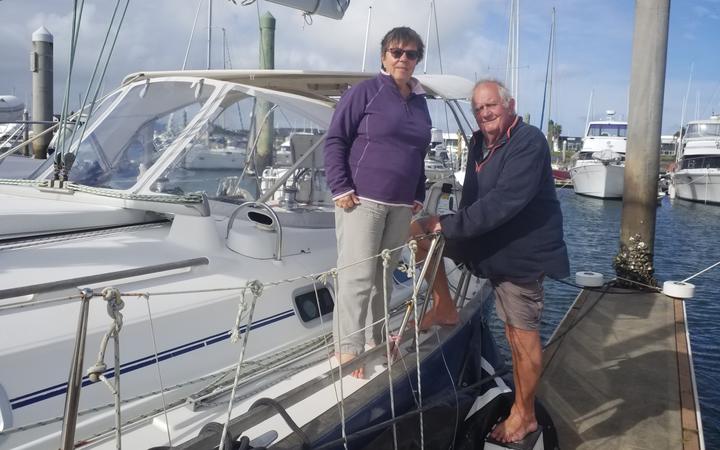 Immigration New Zealand announced today that yacht crews already here on a visitor visa can now apply to stay for up to a year.

A spokesperson says the department understands the impacts Covid-19 and the border restrictions have had on some migrants and their families.

"Yacht crew who are not New Zealand citizens or permanent residents are usually granted visitor visas. As long as an individual holds a current visa and is in New Zealand, they can apply for another visitor visa and if granted, will allow a stay of up to 12 months," Immigration New Zealand said in a statement.

"If a crew member needs to stay longer they can apply for further visas."

Retired Welsh doctor Chris Bates and his wife Penny are among hundreds of others yachties who were faced with having to leave during the Pacific cyclone season.

The couple, in their 70s, had planned to leave New Zealand in May, but departure during that critical seasonal window was delayed due to complications associated with the Covid-19 lockdown. Their visas were extended until 25 September, but that was a time of the year when spring equinox storms typically struck waters around New Zealand, leading to the cyclone season in the Pacific from November to late April/early May.

Dr Bates told RNZ today that the chance to stay longer had removed a big worry for them.

"It's absolutely wonderful. At least it gives us the security that those of us here are actually safe and we don't have to worry."

Immigration New Zealand said applications would be determined on a case-by-case basis, but discretion and flexibility could be applied to individuals already in New Zealand.

Dr Bates said the chance to remain would allow for critical route planning back to the UK, even though the future remained very uncertain, especially around access to typical stop-overs in Australia, the Pacific and South Africa.

"Because of the hurricane season in the Pacific, yachts would leave New Zealand soon after that ended [May], which also gives them time to re-stock in the Pacific and leave again before the following cyclone season.

"The route for those of us heading towards Europe is then around Cape York, calling in at Darwin and on to South Africa."