The resignation of the Canterbury District Health Board's top official is being labelled as a disaster for the region. 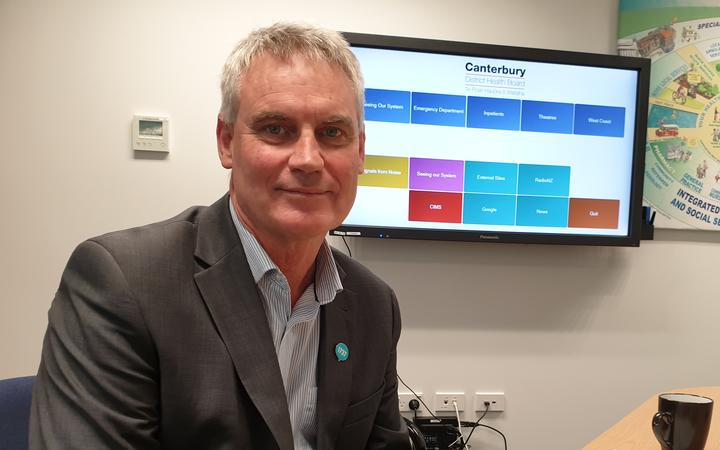 David Meates announced on Tuesday that he will be leaving the role he's been at since 2009, as well as his position as chief executive of the West Coast DHB, on 4 September.

His tenure at the debt plagued CDHB includes well-publicised battles with the Ministry of Health over budget issues.

Elected board members - both past and present - say Meates departure will be a huge loss, but a union says he was put in an impossible position by the CDHB and the Crown Monitor.

Meates has been at the role during some of the region's most difficult times, such as the 2011 Christchurch earthquake and the city's terror attack last year.

Sarah Dalton, who is the executive director of the Association of Salaried Medical Specialists, said Cantabrians should be angry and upset over his resignation.

"I think it's a disaster for Canterbury, I think that there seems to be a hostile board down there," she said.

"I think they put the balance sheets ahead of the well-being of people and I think it's time we asked ourselves, what do we actually expect from our public health system? What are we prepared to invest to make sure people who are unwell or injured, get the care that I think we expect."

Dalton said Meates has been a tremendous leader and pointed the finger at the board, which has a mixed model of four crown appointed and seven elected members.

She said the board and the Crown Monitor have had an obsessive focus on balancing the books and put numbers ahead of people - and expects more resignations to come.

It has been reported that two others members of the executive team have also resigned.

"I don't think every DHB has a hostile board. I think they're all feeling the pinch and they're all being pushed to cost cut," Dalton said.

"But the narratives where there is congruence and broad support between the board and the ELT [executive leadership team] - then it's not playing out in quite that way."

The board's chair Sir John Hansen, who was appointed by the Government, issued a statement thanking Meates for his work, but refused interview requests.

"David is a resourceful and innovative leader who has given many years' service to the people of Canterbury and the West Coast. It is hard to imagine any other organisation in New Zealand that has had to contend with the challenges and complexities that have been managed by this DHB."

Recently elected board member James Gough dismissed the union's comments about the focus balancing the books.

"Some of the commentary I've read, saying the board might have been more concerned about the numbers than the people just isn't true," he said.

"Balancing the books is just part of the course, you have to get the financials right and you have to work within the parameters that you're set, and you need to be solutions focused and get on with it."

Long serving elected board member Aaron Keown, said he hasn't seen any conflict between the board and the executive leadership team.

But he criticised the Ministry of Health for not providing more funding over the years, as the board looks at potential cost cutting options.

"I do find that a little strange that when the world is in a health crisis, that health is on the chopping block as far as funding and stuff goes," Keown said.

Former board member of 18 years David Morrell, said he was deeply saddened and shocked by the announcement.

He said he was concerned about CDHB staff morale following the announcement.

"This will inevitably destabilise the DHB and I just wonder what ripples there will be in a number of ways really, because he had the loyalty of a lot of people."

Meates did not respond to interview requests.