In the early hours of the terror attacks on Friday two weeks ago, some believed that there could have been a gunman inside Christchurch Hospital itself, a health executive says. 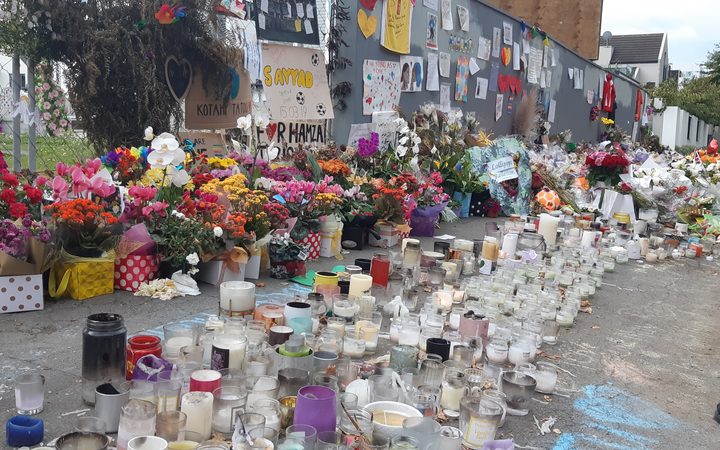 Flowers and other tributes left at Hagley Park for the victims of the attacks on two Christchurch mosques. Photo: RNZ / Alex Perrottet

David Meates, the chief executive of Christchurch District Health Board, told media on the night of 15 March that some considered the hospital could have been a target.

The hospital was placed in lockdown as a result, with heavily armed guards at every door and only the injured allowed in.

Mr Meates said police got calls about the hospital on the day of the attacks.

"Early in the afternoon when the initial gunshots were fired there was a sense that there was a shooter actually in the hospital."

He said the confusion probably arose because the hospital was not far from the Al Noor Mosque on Deans Avenue where many people were shot.

Mr Meates said the first two patients arrived at 1.50pm with cuts from having escaped from the mosque through a window.

He said just five minutes later the DHB activated its major incident plan. It meant key employees throughout the DHB began getting text messages warning them of a major incident and new emergency footing. 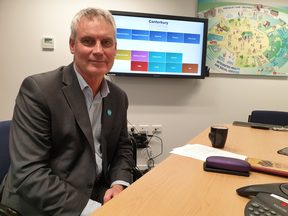 He said all patients in the emergency department were sent to other parts of the hospital to clear the way for the onslaught of patients expected.

"We had an emergency department that was already full of sick people, not related to the shootings, and we had operating theatres where a lot of operations were already underway," Mr Meates said.

Emergency operation centres were set up in the hospital within minutes.

"As you can imagine, 49 gunshot wounds, they didn't trickle in, they just hit en masse. And so the options of being able to pull people from other centres was actually just not an option."

Mr Meates said the mental health and the wellbeing of staff and the community was going to be the biggest challenges the DHB faced. It would be an added pressure for a health system that had sustained several big hits, including the Christchurch earthquakes in 2011.

He said having armed police in the city was "unchartered territory" for the city.

"The sense of hearing a siren going is traumatic for part of our community. The sense that something's happening. And that's going to take a period of time for a new normal or for people to kind of be comfortable."

A national 1737 mental health helpline is receiving an average of 600 calls a day and counsellors, psychiatrists and psychologists have provided more than 6100 sessions.