The West Coast will have its new base hospital finished next month and open by August, officials confirmed today. 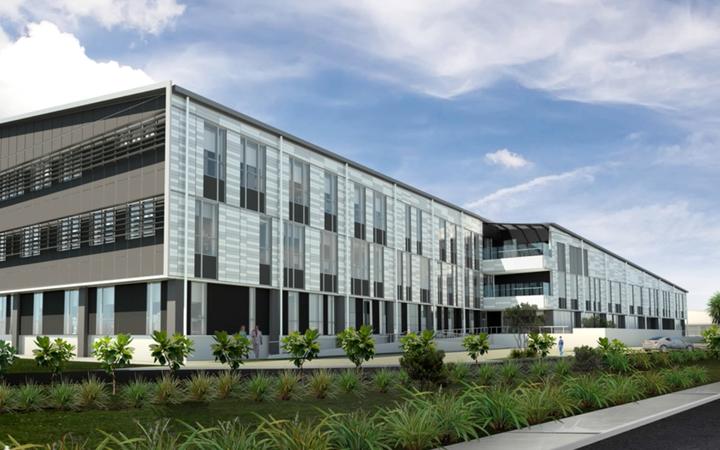 That is the latest word on the Te Nikau Grey Hospital saga, from the West Coast District Health Board, the Ministry of Health and Fletcher Construction.

DHB chairman Rick Barker said Fletchers and the ministry had agreed on a timetable that would have Te Nikau substantially complete by mid-May and ready for the moving process to begin.

He said the new date took into account the complications of level 4 restrictions.

"There is more than light at the end of the tunnel. We now have a measure of how many steps it will take until Te Nikau will be ready for the transition," Barker said.

DHB chief executive David Meates said that from mid-May, hospital staff would be able to begin the 10-week migration plan to transfer to the new hospital, next door to the current Grey Base Hospital.

However, he warned that process would totally depend on the state of the Covid-19 pandemic and the ongoing response to it.

"The current hospital needs to be poised to respond to the community needs, should the pandemic alert remain in place," Meates said.

There was much to do in the lead-up to the transfer, he said.

Work included "preparation for the relocation of equipment; installation of new equipment ... relocation of supplies, and most importantly, patients and staff".

The Ministry of Health would have to inspect the new facility to ensure it met the standards and then give its approval for the new building to operate as a hospital.

Barker said it was pleasing that Fletchers had made good progress on closing out the few remaining issues with Te Nikau.

"Thanks must go to the West Coast Partnership Group, who laboured to ensure Te Nikau has come to this point - on the cusp of being a fully functioning, outstanding health facility that will serve the Coast well for a long time to come."

West Coast-Tasman MP Damien O'Connor said he was pleased for the region that dates had finally been set for the opening.

But he said it had been a frustrating business trying to push the Ministry of Health and Fletchers to reach agreement on what was a "flawed and complex contract".

"The previous government's arrangements with Fletchers on this project - and others in Christchurch - were chaotic. The penalty clauses were pathetic; basically there was no incentive for Fletchers to get in there and finish the job," O'Connor said.

"They began, then stopped, and held out for money," he said. "In the end, it came down to writing out a cheque, and once they got the money they got in there to finish it."

He hoped that Fletchers would now do the right thing and complete Te Nikau properly, O'Connor said.

Fletcher Construction said today it was unable to respond to O'Connor's criticism due to confidentiality obligations with the Ministry of Health.