A dangerous Napier intersection where a beloved grandmother was killed last year will be fixed with a funding boost from the government. 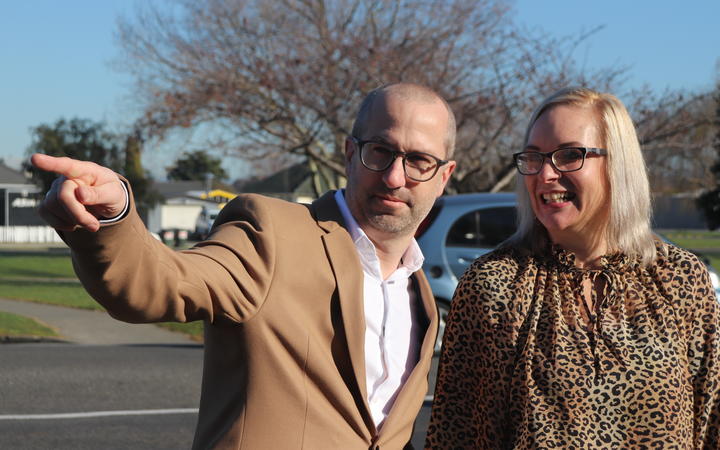 The intersection is near Napier Boys' High School, where over 1000 students congregate every school day.

There will be a new separated walking and cycleway path along Napier's Chambers and Ellison Sts, providing safer access for local students and residents across Marine Parade and State Highway 51, the ministers said in a statement.

The funding is from the government's $50 billion Covid Response and Recovery Fund set out in Budget 2020, which earmarked $3b for infrastructure projects. The Napier City Council applied for the funding.

Nash said the routes were heavily used by students, commuters, and people walking, jogging and cycling.

"This is a dangerous part of our off-road network. This cross city connection is further restricted by the railway line which means there are only a small number of places to cross safely. This means people tend to use less than safe crossing options. 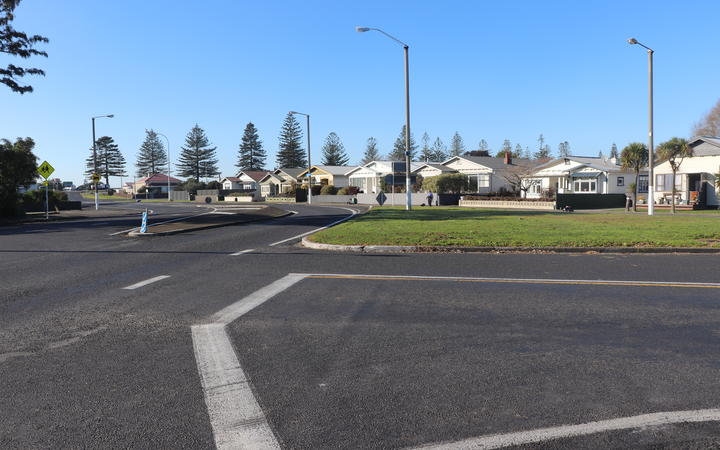 Part of the intersection that will be transformed into a cycle way and footpath. Photo: RNZ / Tom Kitchin

Nash was reminded of the death of cyclist Tangiwai Cotter on the stretch of road in October.

"A much-loved 80-year-old local woman was tragically killed while cycling near the Ellison St intersection. Her wider family, including 47 mokopuna and 30 great mokopuna gathered to mourn her. It reinforced that every single road death casts a long shadow.

"How we travel around our streets and footpaths is changing as more Kiwis choose to walk, cycle, or use e-scooters and more shared pathways are created. So it's important government keeps up with these changes and keeps people safe," Nash said.

Nash was going to attend the announcement in Napier, but could not make it because of a delayed Wellington flight.

Mayor Kirsten Wise made the announcement on his behalf.

"Here in Napier, this particular piece of our roading network, it's something I've had a lot of residents talk about over the years with their safety concerns," she said.

"We're thrilled that we're receiving the funding to be able to bring this project forward on behalf of our community.