The Ministry of Health has provided 4062 health checks to people who lived or went to school within 1200 metres of a controversial chemical plant in New Plymouth. 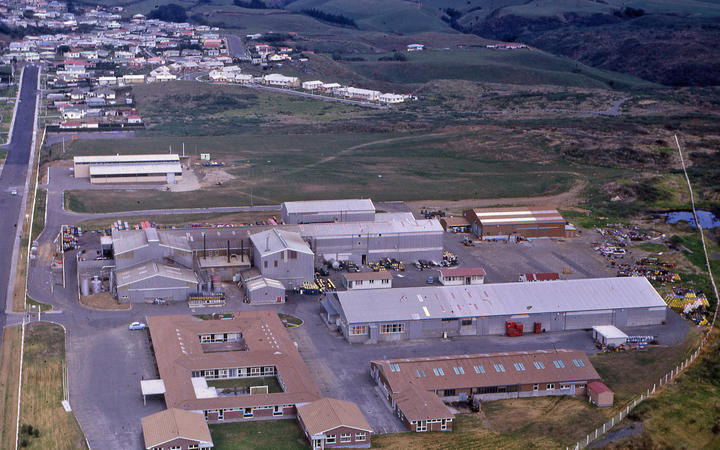 However, the ministry has not collected data from the medical checks, because that might "raise people's anxiety that we 'are looking for something", a spokesperson said.

Residents' advocates said that was not good enough and the medical checks were next to worthless.

From the mid 1960s to 1987, Ivon Watkins (later Ivon Watkins Dow) made the controversial herbicide 2,4,5T at Paritutu, which contained the toxic dioxin TCDD.

A key component of the US military defoliant Agent Orange used in the Vietnam War, 2,4,5T has been linked to cancers and birth defects.

In 2008, the ministry started an early intervention health programme, which included a free annual medical check, for nearby residents of the Paritutu plant. It said 798 people were still registered with the service, 82 percent of whom live in the Taranaki region.

A ministry spokesperson said the medical checks had not been used as part of any ongoing investigation into the potential long-term effects of living close to the factory.

"To use the service to analyse whether there are any health outcomes associated with dioxin would require a much larger population to achieve sufficient statistical results.

"And as eligible people self-select into the service, there are also concerns that any sample may not be fully representative of people who were exposed to dioxin from the former Ivon Watkins Dow factory in Paritutu."

The spokesperson said while there had been exposure to dioxin, science around the dose-response relationship remained uncertain.

"What we do know is not precise enough to determine the relationship of dioxin exposure to health outcomes. It would therefore be inappropriate to identify, with any specificity, the type and scale of the change in health status that the service is trying to effect."

The spokesperson said the service did not focus on one disease or condition and the eligible population included healthy people, so any health status measure would need to be generalised.

"The health outcomes that might be expected will manifest over the long-term. This is compounded by the small probability of increased incidence of relatively rare health conditions associated with dioxin exposure.

"Finally, collecting outcome data may raise people's anxiety that we are looking for something, when there is no evidence of impact."

This is despite a 2005 Ministry of Health study finding that mean TCDD levels in the blood of local residents were 3.8 times higher than in a control group. In age and sex sub-groups, levels were up to seven times higher.

The report, which also found soils in the area were contaminated, concluded "the predominant exposure was probably from inhalation of dioxin on particles and in vapour form with an additional small contribution from ingestion of home-grown 'exposed' fruit and vegetables".

Long-term residents had a 10 percent higher chance of dying of cancer than the national average, the report estimated.

Andrew Gibbs, a researcher for Dioxin Investigation Network and CEPRA (Chemically Exposed Paritutu Residents Association) with regard to the historic exposures of primarily historic residents, said the early intervention programme was "a sham".

"It was 40 years after the highest exposures and its main purpose was to avoid doing the study that ESR (Institute of Environmental Science and Research) recommended of the exposed families. That's why they don't keep data," Gibbs said.

"It's some value to more recent residents, but for the highly exposed residents who were exposed 50 years ago, it's pretty well worthless because it excludes their children and grandchildren."

Lance Snowden, who has lived in the Paritutu neighbourhood since 1978, recently received his ministry letter reminding him of his medical check, but did not put much stead in them either.

Snowden said doctors had not been given a criteria for testing for dioxin. The medicals were only for normal check-ups.

"And that's the shame of it. We don't get tested [for dioxins]. There's nothing happening, so if you've got any other health issues how do you relate that to dioxin?" Snowden said.

Corteva Agrisciences, which took over Dow AgroSciences last year, has announced it is considering closing the Paritutu plant.