Doctors are increasingly exasperated that unwell New Zealanders are saying no to Covid-19 tests. 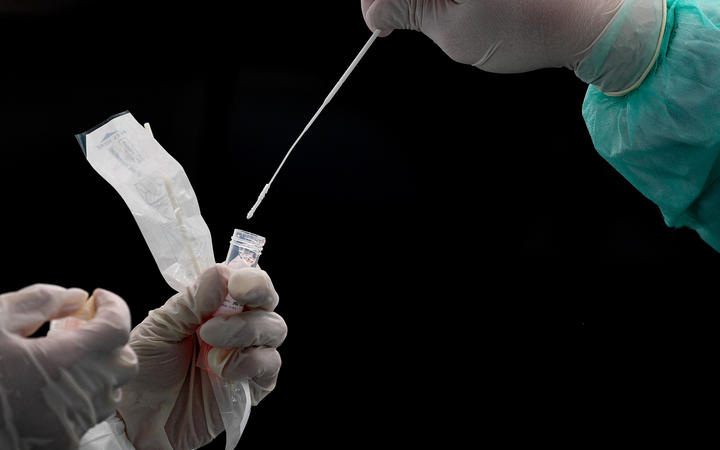 Less than 10 percent of New Zealanders have taken the test, and for a full month the government's daily target of 4000 tests has failed to be met.

Dr Alan Moffitt, the clinical director of ProCare Health, said patients are refusing a Covid test when they have symptoms and the doctor has recommended it to them.

"Many of them are quite reluctant to get swabbed, and when doctors are saying 'look, we think we should swab you', they say, 'no thank you, I'll pass'."

Health Minister Chris Hipkins reiterated that New Zealand is not out of the woods, and is pleading with the country to stay on guard.

"Someone refusing a test could be the difference between identifying a train of transmission, or it going undetected in our community until it's too late," Hipkins said.

There's now extra focus on two areas in the country - Queenstown, and Manurewa in Auckland after a man who had travelled to these places tested positive on arriving in South Korea. The man may have picked up the virus in transit overseas.

His household contacts in Auckland have all tested negative, and the Ministry of Health deems the risk of transmission here is low.

But Southern District Health Board doctor Michael Butchard said that doesn't mean it's not happening, and is emphasising the importance of testing, especially for people in Queenstown who've felt unwell.

"This is a situation when we want increased numbers of tests being taken. Anyone who is currently unwell with Covid-like symptoms, or has been unwell since the start of July, please call your GP and arrange to get a test," Dr Butchard said.

Authorities are pushing the same message for those in Manurewa.

Otago University public health professor Nick Wilson said the Ministry needs to ensure regular swabbing, but it should be targeted to the right people and not numbers for numbers' sake.

As an extra layer of surveillance, he said the Ministry should also get on with implementing wastewater testing.

"That's being increasingly done in other countries. ESR has found that it can work, and it's done some good work on it already, but I'd really like to see a plan for rolling that out for all New Zealand cities and large towns. It's basically testing a whole city with just one test a day."

Dr Wilson said although the border system has been strengthened, you only have to look to Australia to see the risk of failure.