An initiative to enhance student safety and unite the Dunedin community has been launched in memory of Sophia Crestani who died at a flat party last year. 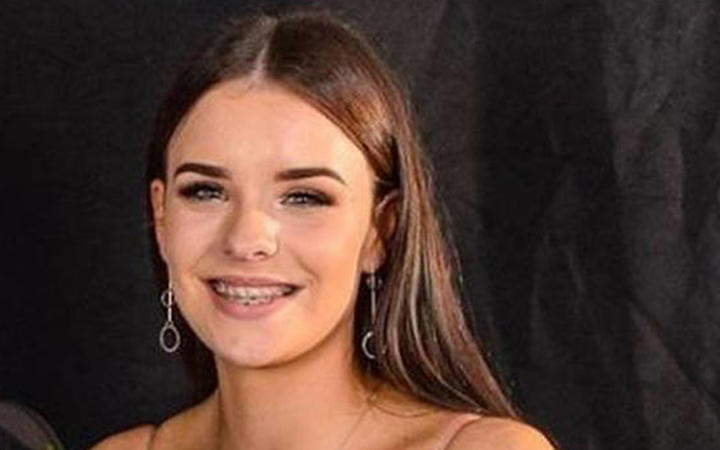 The Sophia Charter stems from the Crestani family's goal to improve Dunedin's student life following the tragic death of their 19-year-old daughter who was caught in a stairwell pile-up at a flat party in North Dunedin in October 2019.

Following the incident, the community rallied together, with a renewed hope to reduce harm and to increase the wellbeing of students in North Dunedin.

The aim is to provide a circle of support to ensure North Dunedin becomes a stronger student neighbourhood where residents take responsibility for themselves and the wider community.

A scholarship in Sophia's name has also been established by the family for a female second-year student studying mathematics and/or statistics.

Sophia demonstrated her innate ability in mathematics at an early age, winning the St Benedict's School Mathematics Cup and an academic scholarship to Queen Margaret College.

Crestani and McMillan said: "Sophia's death has been a tragic loss for us, her family, friends, community and the University of Otago community. It is a loss that can never be rationalised, justified or forgotten.

"We want some good to come out of this, and by working with the students and support organisations, we hope to keep other students safe, so that they go home to their families and mature into caring, generous adults and have full lives. Some courageous decisions have been made since Sophia died and we are here to support and endorse this new way forward."

"It's such a tragic loss that we don't want anyone else to have to face it... I think she would be proud. She wouldn't quite believe the way the community has come together and the commitment. I think she would have been proud as we are proud of everything she has done."

Vice-Chancellor professor Harlene Hayne said the university was grateful for the immense courage of Sophia's family.

"From the very beginning, they have been clear that their goal is to help us make our vibrant student community safer. It has been a privilege to walk alongside them and we look forward to honouring Sophia's memory through positive community action," she said.

Dunedin City Council Mayor Aaron Hawkins said: "The University of Otago has been an integral part of Dunedin for over 150 years. The depth of that 'Town and Gown' relationship means that as well as sharing in each other's successes, we are also united in times of grief and adversity."

Police intended to work together with everyone, especially young people, and support them to achieve their full potential to learn and contribute to their communities, superintendent Paul Basham said.

Otago Property Investors Association said: "We hope to make the Crestani family proud and the memory of Sophia lives on in the amazing change that we can all bring to the student body of Otago by working together as one."

Meanwhile, Fire and Emergency wanted to see the "minds and mana of students grow while in Dunedin".

"We want to see an increase in whanaungatanga (connectedness), where students feel they can access our services and all other services that support their manaakitanga (wellbeing)."

They said the types of changes they would like to see over the coming years was the reinforcement of a student community culture that promoted vibrancy and fun, but in a way that reduced the risk of harm and suffering in the student community.