Auckland Transport's $47 million plan to upgrade the only road in and out of Devonport could be dead in the water.

Four members of the local community board have quashed proposals for more cycle and transit lanes on Lake Road, used by about 30,000 motorists a day.

It means the funding could be off the table, leaving locals worried they'll be contending traffic chaos for another decade before a new plan can be formed.

"I can't leave where I am in Mt Wellington until at least quarter to 11[am]. Even today when I came... it was phenomenal," she said.

Auckland Transport has spent three years and $2 million coming up with a solution it released for public consultation in March, including transit lanes in the most congested parts of Esmonde Road and Lake Road, new and spruced up bike lanes, and electronic signs with estimated travel times.

While it was all set to get the green light, with $47m funding from Auckland Council's Long Term Plan, it was given the thumbs down by four of six Devonport Takapuna Local Board members this month.

The detailed business case is due to go to the NZ Transport Agency in September for final approval, but Auckland Transport said it could be difficult to progress a project that a local board had voted against. 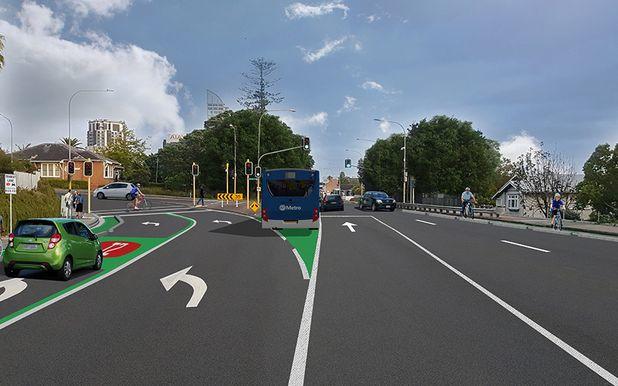 Trish Deans was among four members who voted against it, worried it would not future-proof public transport, did not take into account the future expansion of Devonport, and would not help local residents who did not need to travel very far.

"AT have come up with a plan and I don't think they've been entirely honest with the public. Their plan is to address some issues on Lake Road but also impose the greenways project on Lake Road as well. So that creates a kind of tension," she said.

"It missed out the opportunities of a public transport focus... we've got a limited space and we're trying to do too much."

In a statement, Auckland Transport said the general direction of its planning had always been clear and at the previous business case phase, the local board had already voted to support that direction. 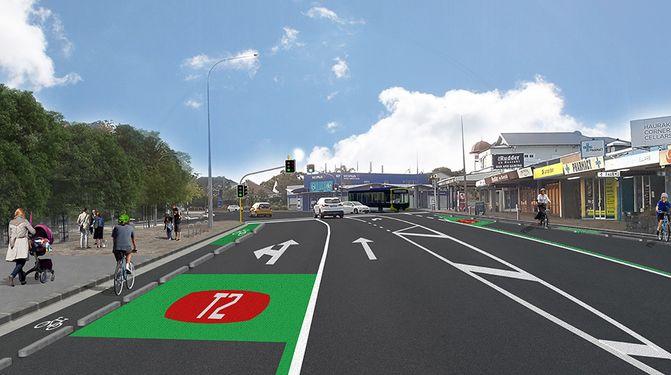 It said the board's decision this month was "somewhat of a surprise". A member of the working group that came up with the plan, Paddy Stafford-Bush, was also surprised.

"It's ridiculous. I think it's because people are too frightened to put a stake in the ground and say 'this is the way forward' or 'this is what we're doing'," she said.

Among board members who do like Auckland Transport's plan is Toni van Tonder, who said it was well worth taking up the $47m and acknowledging the huge difference it will make to many residents.

She thought it might already be too late to recover the funding.

"It definitely had [public] support for sure. It was saying what it was always going to say, and we were never going to do the high investment proposal some people were asking for," she said.

"We knew the project would be compromised if we didn't back it. I believe we should back it, do some tweaks, work alongside Auckland Transport and deliver something great for the community. That's what we're elected to do." 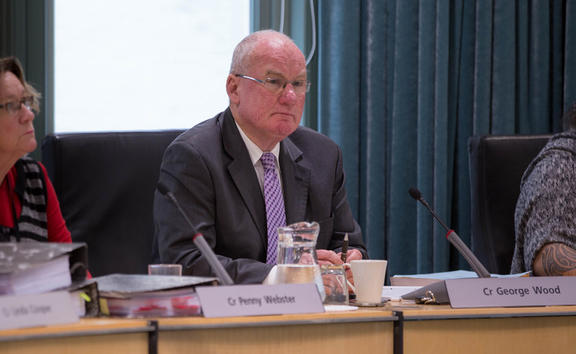 Former North Shore mayor George Wood - another board member who voted against it - was still holding out hope the board could make some tweaks and reach a compromise with Auckland Transport.

He was not as worried about the $47m being a missed opportunity.

"I think that was.. a shotgun at our heads virtually, saying take it or lose it," he said.

"That's not a way to negotiate. If that's the way Auckland Transport and New Zealand Transport Agency operate, then I think we should wait until we can get a better deal."

Paddy Stafford-Bush said the board needed to adopt the plan in principal rather than scrap it, and work around the finer issues later.

With a $550m hole forecast in Auckland Council's revenue, and other communities crying out for funding for their traffic woes, Toni van Tonder agreed.