Vandals broke into the KiwiRail workshops and sprayed hundreds of metres of graffiti on the sides of new carriages, after a security alarm wasn't turned on. 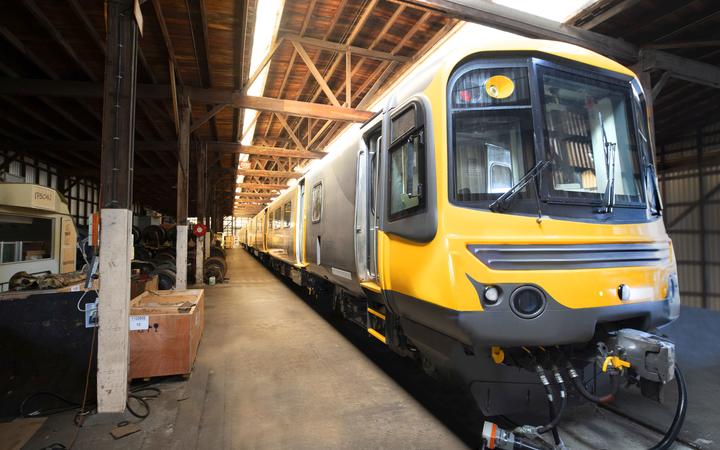 A KiwiRail train being refurbished in the Hutt Workshops. Photo: Supplied / KiwiRail

The three carriages that were damaged are among 10 being refurbished for the new Auckland to Hamilton route, and have been painted and wrapped in vinyl.

They are due to come into service in November.

Documents show over Queen's Birthday, the culprits broke into the Hutt Workshops through a plastic sheeted hole in the wall of the building.

The workshops are being refurbised for earthquake strengthening and recladding. They are alarmed, but staff didn't turn the alarm on when they left on Friday, and a security firm also failed to check the alarm was live.

The three carriages, which are 50 metres long, were heavily tagged down each side.

It cost KiwiRail $50,000 to clean the paint off and replace the vinyl graphics, which show a now-extinct huia bird.

KiwRail says the damage hasn't delayed the scheduled start of the service.

But as a result of the break-in, the company says it now has a security guard on site after hours and has installed extra security cameras.

It says it's working with the police, who are investigating the incident.