A Kiwi in the UK forced to return home due to a medical condition says she cannot afford to pay for managed isolation when she returns and is calling on the government for compassion. 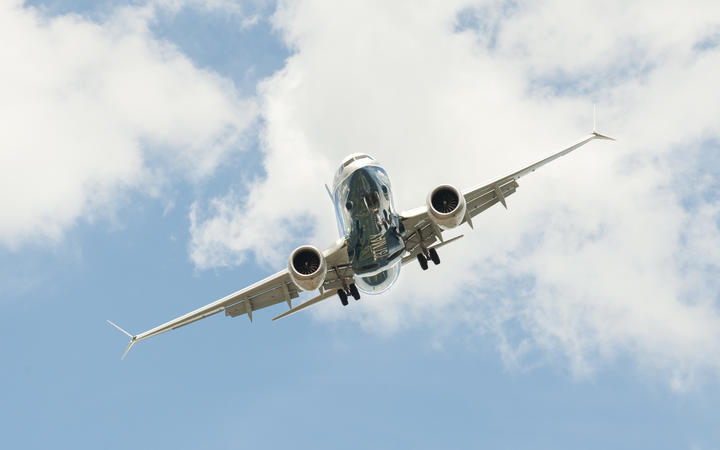 Mel Sloan was bedridden during the lockdown due to arthritis and was forced to undergo a nine-hour surgery in late June to fuse her neck or face losing the use of her legs.

She has now lost her teaching job and said she did not have the money to pay for the suggested isolation charge of $3000 per person, which would be three-quarters of the cost to the taxpayer of about $4000 per person.

"In March when they started talking about everybody getting home, to me, that wasn't directed at me because I'm still obligated to be teaching and I couldn't just fly home because you couldn't get flights, and if you had 15,000 pounds you might've been lucky.

"At that time I thought the lockdown could end in a month's time and my employer would expect me to go back to work, and I'm not financially prepared for it either, so obviously when I read about quarantine and the fees they're looking to charge us, part of me thinks I should just hide here and hope that immigration ignore me.

Sloan told First Up that she still has another two to three months ahead of her before she could fly safely.

It would also be difficult for her to be incubated due to her surgery, she said, "which means if I catch Covid my chances are going to be less than they were already before."

"The good news is I have all my sensation back in my legs back now but I'm currently flat on my back and face a long recovery in front of me.

"I'm not going to be fit to work no matter what country I'm going to be in now for a long time."

She said she hoped there would be a distinction made between those who had gone overseas for a holiday and those who had been working, because they couldn't just return at the drop of a dime.

"I'd just like [the government] to reconsider how they intend on spending the $80m they've set aside to do the recovery work from this pandemic.

"I feel like we're being punished because of some of the stupidity that has occurred with the recent people who have broken quarantine.

"I feel like they're jumping the gun and wrongly penalising people who genuinely love New Zealand."

Harry Cunningham, a New Zealander living in Scotland, told Morning Report he doesn't believe those returning to the country should be charged at all.

He said many people had different arguments for isolation fees, but the one he saw most often was "I'm not using this service so why should I have to pay for it?".

However, he said that argument was not justified.

"It's sort of besides the point, I don't think New Zealanders should have to prove their worth economically or monetarily in order to return home. No-one knows the personal circumstances under which they're returning and who has the right to deny someone of that ability?"

Those who did return would eventually find jobs, pay taxes, and spend money on local businesses anyway, he said.

"But again, it's besides the point. I pay tax for services that I will never use in my life... from an economic point of view it pays for itself but I think from a moral point of view every New Zealander has a right to return to their home and if a single person can't do that due to this charge then it's discriminatory and morally bankrupt."

He said if overseas New Zealanders would feel less welcome if isolation charges came into effect.

"A lot of people would interpret that as you're no longer welcome, or we no longer see you as a New Zealander. The prime minister talks about the team of five million fighting covid, well there's actually six million New Zealanders, and just because we're overseas it doesn't mean that we're not also fighting Covid.

"I'm no less of a Kiwi if I stay here for two years, five years, or 10 years, I am and will always be a New Zealander and right now that's not the message people here are feeling from back home."

The cost of managed isolation and quarantine at the New Zealand borders is expected to reach about $500 million by the end of the year.

The government is expected to make an announcement today on whether to charge arrivals for the time they spend in isolation.

The prime minister has already said the government was keeping in mind the different factors when considering isolation charges.

"When you're already here in New Zealand and you're making a deliberate decision to go overseas, that's something quite different to someone who is overseas returning to New Zealand," Jacinda Ardern said.

"And I do think that there is some sympathy for New Zealanders who have lived and worked overseas who find themselves caught up in this pandemic and through no fault of their own are now having to find themselves returning."