The government is investing $20 million to reduce the damage methamphetamine use is causing to families and communities in the regions. 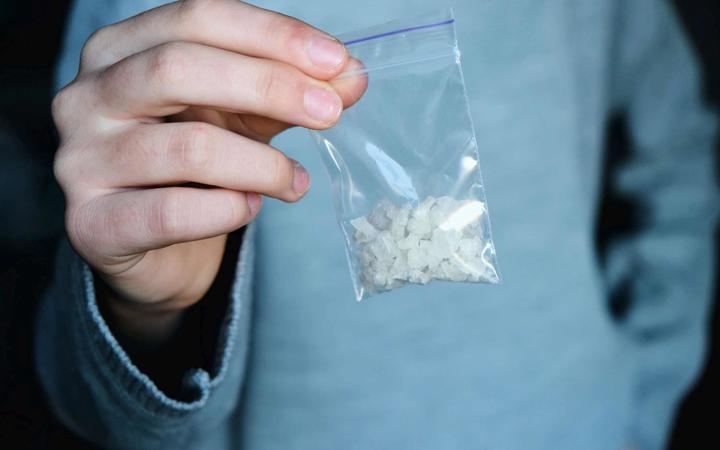 He said drug users could not sustain a job, which was bad for their whānau, and local employers who needed a reliable workforce.

The Provincial Development Unit is working with police and the Ministry of Health to identify local programmes working on reducing the harm.

Nine community-based providers - in Northland, Bay of Plenty, Hawke's Bay, Tairāwhiti and Otago - will get funding to scale up their programmes.

Police Minister Stuart Nash said a staggering 1.8 tonnes of meth was seized by police and Customs in 2019, three times as much as the previous year.

Nash said it was important to treat methamphetamine addiction as a health problem and to fund services to help those people.

"The vast majority of those who find themselves addicted to meth are not bad people, they've just made bad decisions or found themselves in bad situations," he said.

"And I believe as a community, the best approach is actually to help these people, not demonise them or not put them in jail or not stigmatise them, but actually help them get off methamphetamine and back into society to be productive members."

At the same time, he said police were going hard against those who were supplying and dealing meth.

The Tairāwhiti region is set to receive more than $2.8m to help fight the affects of methamphetamine use.

Herewini Te Koha, co-chair of the social service umbrella group Manaaki Tairāwhiti, said the money would help those on the frontline, providing counselling and support to families.

He said meth use was a big problem on the East Coast and had taken a tremendous toll.

"It's hard to put a definitive lock on it but based on police data over the years and what comes through in terms of the water testing regime, we would say in some parts of our community, one in five households would be battling with or afflicted by this menace," he said.

Hope House in Kaitaia will receive $1.3m, which director Faye Murray said would go towards upgrading their treatment facilities and education programmes.

She said meth was easily available and its use was destroying families and causing more crime.