MetService is warning of severe gales in several regions across the North Island today. 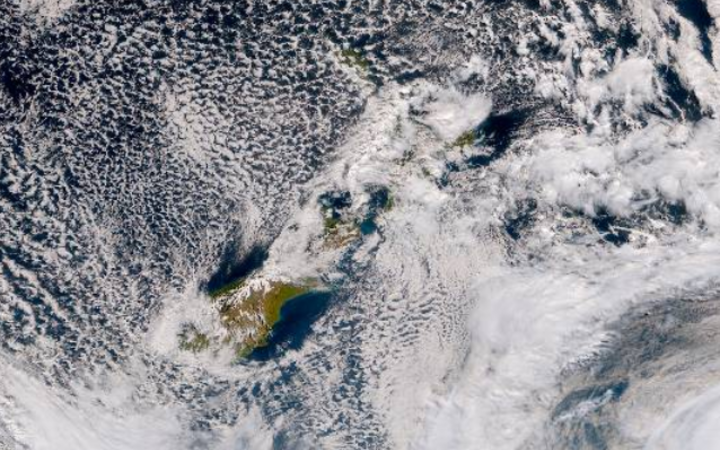 It comes as a trough moves eastwards across the North Island today, followed by a strong, cold west to southwest flow.

A strong winds warning is in place for south of Napier, and the Tararua district, while a strong wind watch is in force for Auckland, Coromandel Peninsula, coastal parts of Waikato, and Northland.

@WeatherWatchNZ wind gusts have gotten stronger... waiting for one of these to fall... hopefully not on me pic.twitter.com/G4WfIQmQLa

It's been one of those days in Auckland! pic.twitter.com/LbaL0Zd7eA

NZTA said a fallen tree on State Highway 25 had blocked the road in Whiritoa near Ross Parade Road this afternoon.

Crews were there to repair damage to the lines due to a fallen tree, the company said.

Meanwhile residents from Mission Bush Road to Waiuku were warned that their power would be cut off this evening about 6pm, due to urgent repairs to an insulator damaged by the winds. The company expects to have power restored in the area by about 9pm. 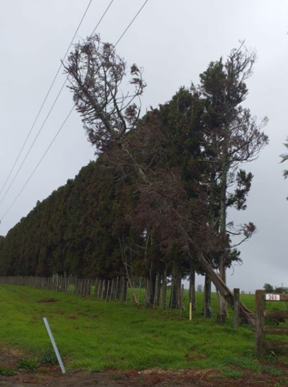 A tree has fallen on a power line in Tūākau and caused an outage, after strong winds across the North Island. Photo: Facebook / Counties Power

Earlier, debris from wind was believed to have caused another outage to about 70 properties in the Mangatawhiri, which has now been resolved, Counties Power said.

WeatherWatch's Philip Duncan said winds were expected to ease overnight but exposed areas may get the worst of it today, including Great Barrier Island, northern parts of Coromandel and some parts of Northland.

"Also quite blustery around Wellington and Wairarapa with a few showers that have been coming through there."

He said blustery conditions could be expected to continue in a number of places tomorrow, but peak winds would drop.

A snowfall warning is also in place this afternoon for State Highway 1 Desert Road, around the summit.