There has been one new case of Covid-19 reported in managed isolation in New Zealand today, but seven people have recovered. 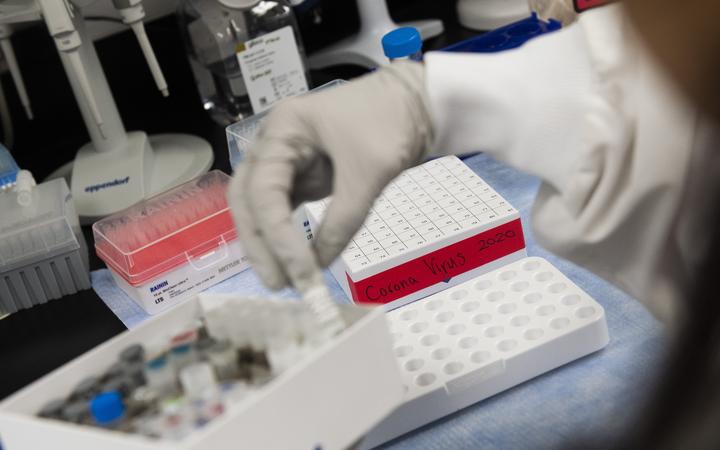 The latest case is a man in his 30s who arrived in New Zealand on 10 July from Pakistan via Dubai. He is in quarantine at the Sudima Hotel in Rotorua.

In a statement, the Ministry of Health (MOH) said seven more people were now considered to have recovered, bringing the number of active cases in New Zealand to 21.

The total number of confirmed cases of Covid-19 is now 1199.

Yesterday, there was one new case in managed isolation - a child of two people who have both previously been reported as cases.

There was no media conference today.

In a statement, the MOH also said the clinical criteria for recovery from the novel coronavirus had now changed, to bring them into alignment with Australia.

"The strict criteria applied before an individual with Covid-19 is regarded as recovered and able to be released from quarantine or isolation are that it must be at least 10 days since the onset of symptoms or positive test if the person was asymptomatic, and at least 48 hours without symptoms.

"The 48 hours will now increase to 72 hours as an extra precaution."

The change was made after a review of the criteria, which found that the virus could persist in cases who had recovered but were no longer infectious.

"This is why testing is not routinely done in New Zealand or Australia to determine recovery, although it may be done if clinically indicated.

"The Director-General talked yesterday about a recent case where an individual who had been assessed as recovered and then received subsequent medical treatment in Middlemore hospital for an underlying health condition and returned a positive result for Covid-19 as part of their hospital care.

"As a result of that positive test result, the individual was returned to the quarantine facility in Auckland and reassessed by the clinician in charge. Their clinical view was that the positive test was a result of residual virus; the symptoms were related to an underlying condition and the individual had recovered and was confirmed as low risk."