A woman charged in relation to the death of Constable Matthew Hunt can now be named. 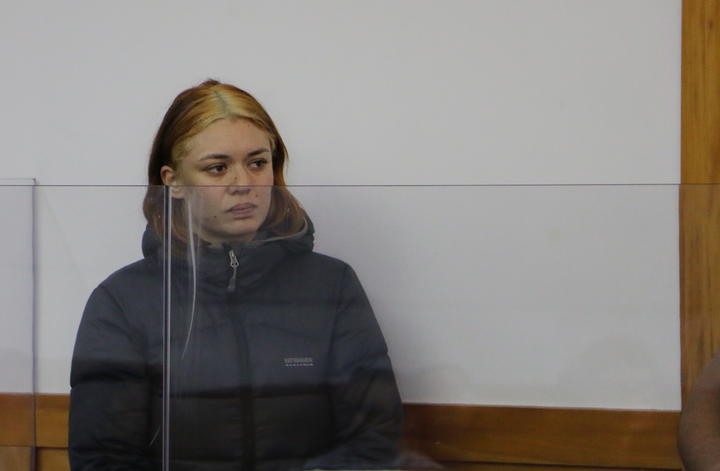 Natalie Jane Bracken is charged with being an accessory to the death of Constable Matthew Hunt. Photo: RNZ / Anneke Smith

Constable Hunt was shot, and another officer injured, during a routine traffic stop in west Auckland on 19 June.

RNZ can now name 30-year-old Natalie Jane Bracken as the woman charged with being an accessory to murder.

A 24-year-old man is also before the court charged with murder, attempted murder and dangerous driving causing injury.

Both defendants pleaded not guilty to the charges laid against them in the High Court at Auckland last week.

Bracken can now be named after a failed appeal to keep her identity secret in the High Court at Auckland today.

It is the latest development in the case after she was refused interim name suppression in the Waitākere District Court last month.

She kept her identity secret in light of the appeal that was heard by Justice Venning in the High Court this morning.

RNZ, Stuff and NZME jointly opposed the appeal and were legally represented in court by Auckland lawyer Robert Stewart.

The judge formally declined Bracken's application for continued name suppression but gave her lawyers until 4pm to seek instructions on a possible further appeal.

This afternoon it was confirmed the 30-year-old would not be appealing the decision to the Court of Appeal and could now be named.

Bracken and the 24-year-old man are due to go to trial in July next year.