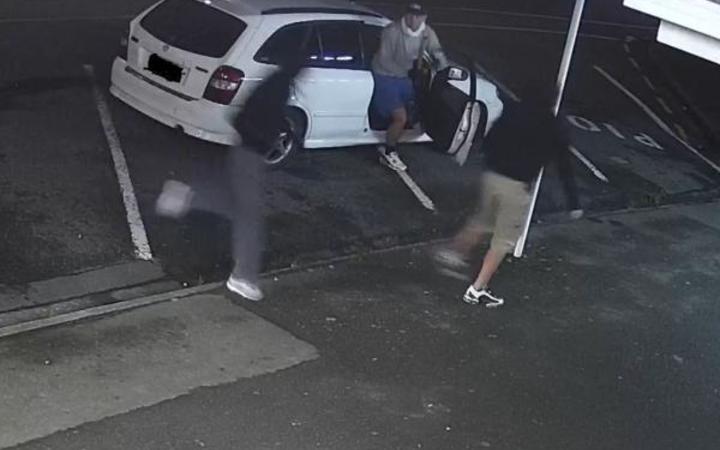 It is believed six offenders armed with a variety of weapons including a machete and screwdriver arrived together at the Hillcrest shopping area in stolen vehicles.

A member of the public, who witnessed the liquor store robbery, was stabbed with a screwdriver outside the store as the group made their escape.

The dairy owner was punched several times during the robbery.

"The dairy owner and the member of the public were both treated for their injuries and are recovering," Moore said.

He said due to the serious nature of this offending it's imperative we identify those involved as soon as possible.