A Magnitude 4.2 earthquake has struck in the North Island within 5km of Porongahau at a depth of 16km. 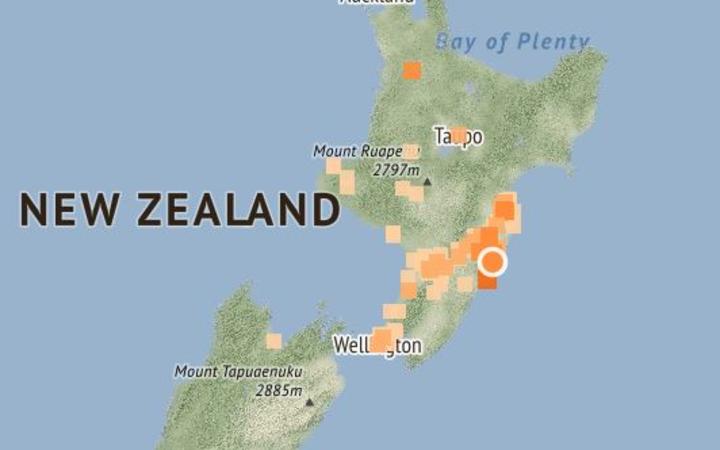 Locations of those who reported feeling the M4.2 earthquake on 16 July near Porongahau. Photo: Screenshot / Geonet

Geonet has described the quake which occurred at 1.42pm as "moderate".

So far, about 300 people have reported feeling it.

It comes after a 4.1 magnitude earthquake about three weeks ago north-east of Napier.