An Auckland woman says rats in her state house chewed through water pipes for more than a week and caused so much damage the ceiling collapsed. 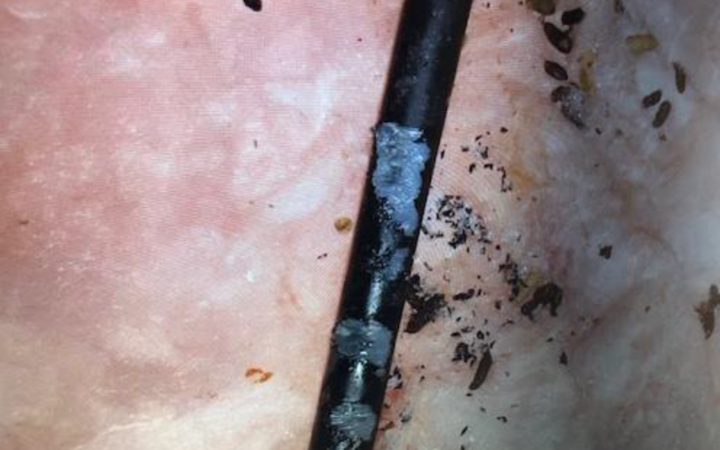 The ceiling cavity with a chewed pipe and faeces indicating evidence of rats. Photo: Supplied

After days of call-outs to the property the landlord, Kāinga Ora, eventually moved the family to a motel.

When they returned after 12 days of repairs, the toilet and sink were still disconnected and the house was still full of contractors.

Anne has four children aged between 10 and 15 but since 16 June she has battled to keep them safe and dry in a leaking house in the Auckland suburb of Onehunga. 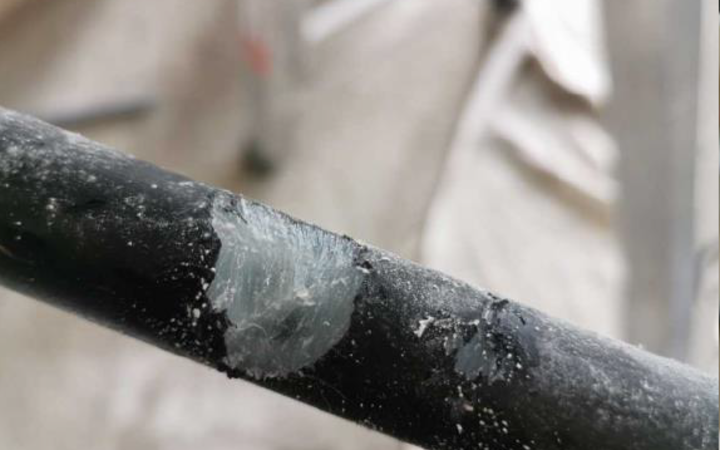 The leak started after rats chewed through a water pipe. Photo: Supplied

Initially she said the leak started in her daughter's bedroom because rats had chewed through the water pipe - but Kāinga Ora told her it was not a health risk and they had to stay put.

"It was literally coming out of the lightbulbs.

But still the family were told there was no health risk and they had to stay there.

"I cracked up at that point because my daughter had her period and we had no running water, she couldn't even have a wash. She felt dirty having to go to the bathroom.

"We ended up going to the public toilets," she said. 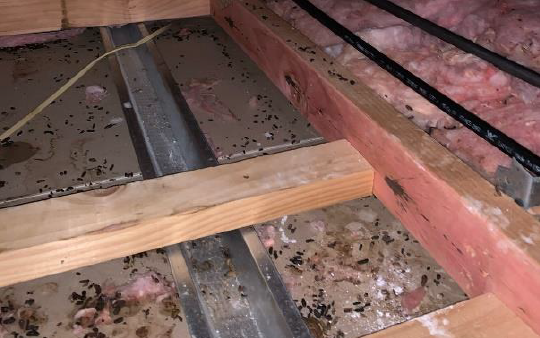 Anne said the contractors arrived quickly to fix the leak, but when they cut a hole in the ceiling rat faeces and water spilled over her daughter's bed.

But for a week Kāinga Ora continued to tell them it was safe to stay there because only one room was affected.

"When they sent out the plumbers and the plumbers went up and had a look and took photos and seen that there was water spraying out of the pipes, so I reported all of those back to my tenancy manager, because there was also mould and damp carpet in the cylinder cupboard as well.

"She hadn't been out onto the property but said to me that it wasn't a health hazard." 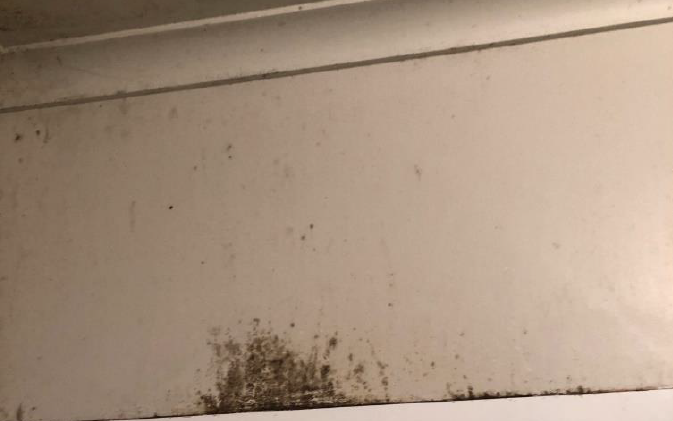 The leak caused mould on the ceiling and walls. Photo: Supplied

After a week of back and forth with Kāinga Ora Anne approached the District Health Board.

Because of her serious respiratory problems it told her to serve the state landlord with a 14 day remedy notice to get action.

By that stage the rats had chewed through more pipes and water had started collecting in the ceiling of the lounge and was dripping through the light fittings and down the walls.

It was then Kāinga Ora moved the family to emergency housing.

The next day when Anne returned to get some clothes she found the living room ceiling had collapsed spilling more water and rat faeces.

"I rang them and told them that's what I went home to and then I went back again Monday and still nothing and then when they finally just come out there was a inspector, the maintenance manager herself and one other person that was there.

"That is when they finally admitted that there was a health and safety risk at the property." 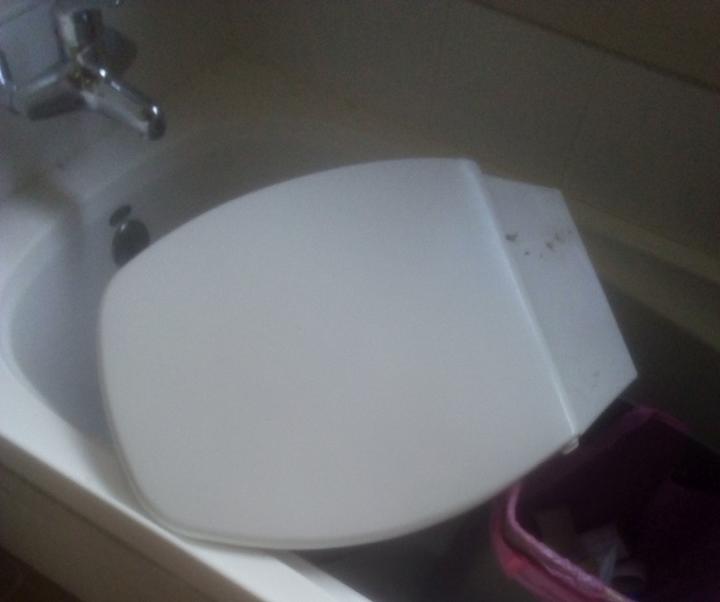 When the family returned the toilet and sink were still disconnected and part of the toilet was in the bathtub. Photo: Supplied

After 12 days in emergency accommodation the family was told the house was fixed - but Anne said that was not what they found.

"The toilet still hadn't been put back, that was sitting inside my bathtub, the sink for the bathroom was sitting in my lounge, the painters were still in there painting.

"My house stinks of paint fumes and that, and she says 'well you know, as a tenant all you have to do is open your house up and air it all out', and I said 'Um excuse me, that means my children have to freeze till all the fumes is gone.'"

The family then spent the day keeping warm in the car trying to get another night in emergency accommodation but they ended up sleeping in the garage.

There were still patches of wet carpet after the contractors had completed their work, Anne said. Photo: Supplied

Not only did the house stink of paint fumes, there were still patches of wet carpet and the house was littered with the contractor's rubbish.

Photos given to RNZ show the house in various stages including after the contractors left the property.

Anne said she also had to spend hundreds of dollars on new furniture, bedding and linen to replace what was ruined by the filthy water.

Auckland Action Against Poverty's Ricardo Menendez-March said Anne is just one family he had worked with where Kāinga Ora had failed its duty of care to tenants.

"Unfortunately, this is not the first time that we've worked with people who have been put through the ringer when Kāinga Ora has done repairs in homes and left people in really vulnerable positions.

"People are living in houses that are making their kids sick, that are causing health conditions that should be preventable.

"This is not the kind of situations that our families should be put through, particularly when we know we have the resources to provide warm, safe homes for all," Menendez-March said.

Kāinga Ora said the family was treated with care, kindness and sympathy throughout.

The agency said the water was turned off for approximately 18 hours, but stood by its decision to leave the family at the house.

"The home was appropriate enough to live in during the initial repairs to the initial pipe leaking problem.

"However when the serious water burst occurred our customers were moved out straightaway to other suitable accommodation and remained there at our cost until their home was fully restored."

Kāinga Ora denied the contractors left mess and said all paint and carpet was dry when the family returned.

However it blamed the tenants for the rat infestation.

"The ceiling leak that caused our customers to be moved was due to rats gnawing on water pipes.

"There is no doubt that the rats were located in a large accumulation of rubbish left outside against the house."

Kāinga Ora contractors removed the rubbish and pest control were called to the property.