Cold, damp and extremely expensive - that's the average New Zealand house and it's not only bad for the health of their inhabitants, but also for the planet. 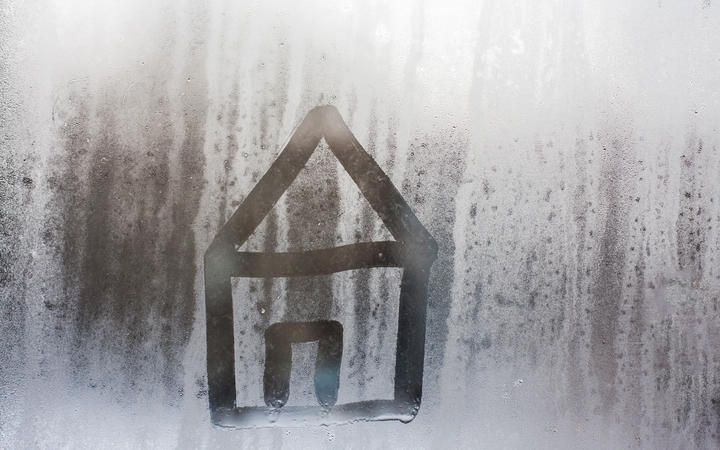 The government has today announced plans to overhaul the building laws to include targets and incentives for energy use and carbon emissions.

First on the agenda are higher standards for insulation and glazing in new homes.

The Minister for Building and Construction, Jenny Salesa, said the construction sector created about 20 percent of carbon emissions in New Zealand.

"Our vision is that by 2050, New Zealand buildings are using as little energy and water as possible, and that our buildings are warmer, that they're drier and better ventilated, so that they provide a healthier place for us to live and work in."

"The OECD and the international energy agency have been saying for some time New Zealand's building code isn't fit for purpose."

However, building costs are already high in New Zealand: it costs double the amount to build a house here compared with Australia, despite our trans-Tasman neighbour having higher labour costs.

Isn't there a risk that raising standards will push up costs further?

The government is aiming for carbon zero by 2050.

Eagles said it was commendable that the government was also looking at embodied carbon - that is, emissions created in the manufacture of building materials like concrete, steel and aluminium.

"And that's the equivalent at the moment to one million cars on our roads, and we're not measuring that. So government is starting to look at - as part of this conversation - how that could be counted, and how we could reduce those emissions over time."

The Ministry of Building Innovation and Employment will oversee the consultation and changes.

Dean Kimpton, former chief operating officer of Auckland Council, is chair of its building sector advisory panel. He said building more efficiently may even cut costs at the front end.

"Fifty percent of all waste going to landfill is demolition and construction waste.

"Even if we could halve that, there would be material savings in the design and construction of a home." 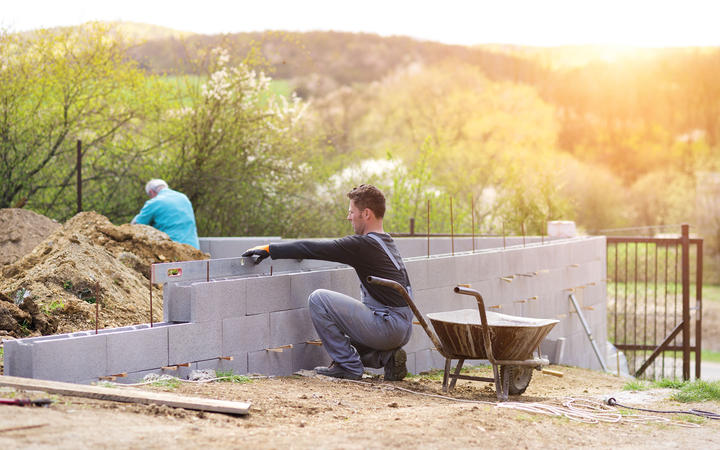 Too many building materials end up as waste, the chair of Auckland Council's building sector advisory panel says. Photo: 123RF

A significant number of New Zealand homes were not fit for the climate now, let alone the ravages of climate change - and getting it wrong would be costly, Kimpton said.

"That cost us tens of billions. So we know what happens when we don't get it right, so there's a real financial incentive to get it right."

"Twenty-eight thousand children go to hospital each year because of poor housing, housing related conditions, and 54,000 adults. So these have big costs."

Professor Howden-Chapman said it was exciting to see the government looking at both healthier homes and lower carbon emissions, which posed a danger to public health even more serious than Covid-19, in her view.

"I just wish it had more detail now and was going faster."

Professor Howden-Chapman noted the Building Code has not been updated since 2008 - and it only applies to new buildings.

"That's one of the reasons our existing houses - of which 90 percent of houses that are going to be here in this century are already here - that's the reason it's been very slow to improve them."

He paid $500 a week for a one-and-a-half bedroom flat in the innercity Wellington suburb, Mount Victoria.

Initially charmed by the villa from the early 1900s, with its high ceilings and spacious rooms, he quickly fell out of love.

"For summer it was OK, but in winter I could see my own breath in the morning.

"Then I took the humidity levels [using a reader]... they were 80 percent.

"I was like 'Whoa, that's really unhealthy'. It was like living in a tent, a wooden tent."

When he asked for repairs, his landlord accused him of being arrogant and demanding.

Santamarina, who trained as an architect in Spain, moved out after 16 months and took a case to the Tenancy Tribunal.

He got back his bond and some unused rent, but the judge dismissed his claim for the breach of the Healthy Home Standards, as they do not come into force until 2021.

He now lives in a house that is 11 years old - but even though it is a relatively modern build, it does not have double glazing, which has been standard in Europe for years.

"The windows still drip condensation. I'm pretty shocked by the standard of houses in New Zealand."

Minister Salesa said it was likely that changes would need to be made to existing buildings.

The as-yet-unspecified standards will go out for consultation early next year.