Many woke to cold or even freezing temperatures today and skiers rushed to the slopes only to be stuck in traffic for hours. 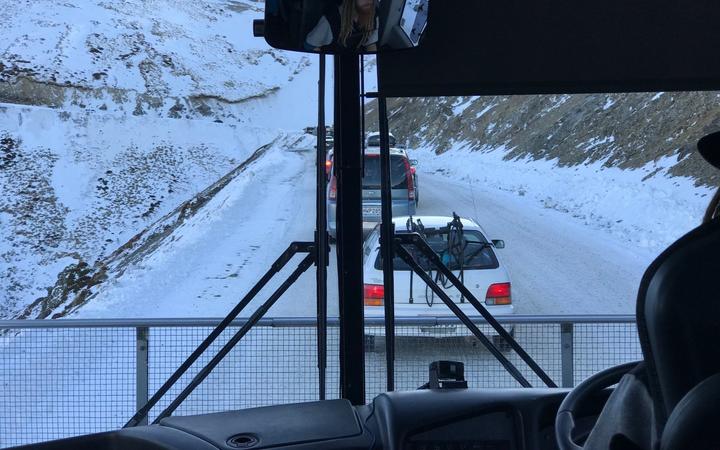 Skiiers are facing hour-long waits to get up Mt Hutt as traffic jams clog the access road.

All five car parks filled up before the mountain opened at 9am and police have been called to help with parking on surrounding streets.

The mountain has had a thorough coating of snow, with a 125-centimetre base layer on some runs including a 10cm top-up yesterday.

The skifield has been urging people to car-share or take the bus, and warning single-occupancy vehicles will be redirected to the lower car parks on the mountain.

Mt Hutt said it was working to maximise capacity in its car parks and ensure all vehicles could park safely.

A police spokesperson said officers were helping clear cars parked on the side of McLennans Bush Rd, at the base of the mountain.

"We are asking people to park their vehicles off the road on the grass so the road can be used by other motorists."

Earlier this year, the mountain drew a record crowd of 2000 people for its opening day. 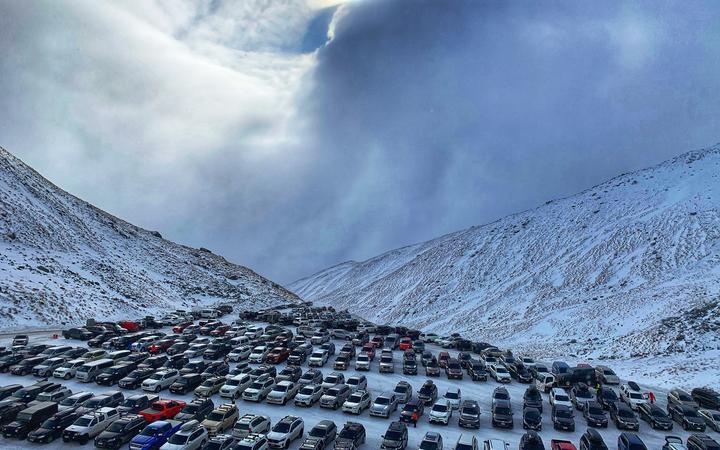 MetService data this morning showed half a dozen towns and cities were still in the negative at 7am.

Auckland was unusually cold MetService tweeted, recording 1.8C at the airport, 0.3C at Whenuapai and -0.8C at Ardmore.

But this is how it looked at Waiouru.

Elsewhere in the North Island, the MetService recorded -3C in Hamilton and -1C in Taupō, while in the South Island it was -2C in Wanaka, -3C in Queenstown and -1C in Christchurch and Timaru.

But coldest of all were Pukaki which recorded -5.1C overnight, while the temperature at St Arnaud in the Nelson Lakes clocked -5.9C.

Meteorologist Angus Hinds said there were reports of more than 20cm of snow along the Desert Road overnight.

South Island roads could be icy earlier in the day, Hinds warned.

But the pay-off for a cold start is a nice day for many.

Hinds said aside from the cool early temperatures it was looking like it would be a settled and sunny day for most, although there could be some light brief showers for Northland, Auckland and Southland this afternoon.

He said the weekend was also looking good in the east of the North and South Islands, although there could be some light showers in the west of both islands.