Auckland water blasting businesses are putting Watercare on blast over their water restrictions, saying it has turned the tap off on them. 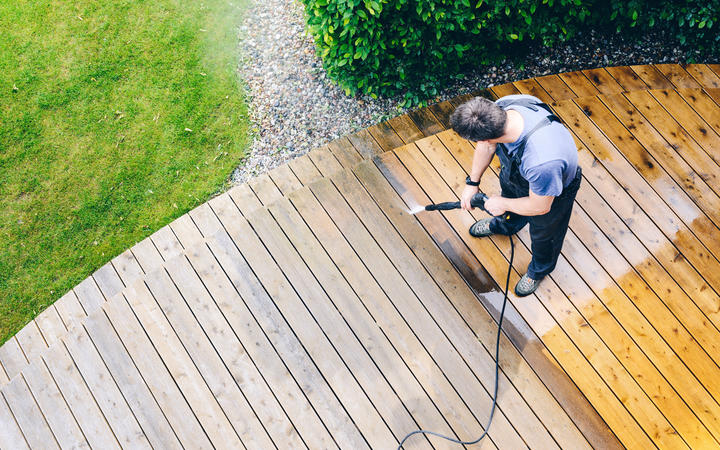 Under the current restrictions, commercial users cannot use a outdoor hose pipe to water blast for non-essential cleaning.

The businesses say they are unfairly targeted and it's pushing them further into financial hardship in the wake of Covid-19.

Now the businesses are rallying together and are forming an industry association to push back on the restrictions.

Brian Edwards, from Red Beach, said Watercare turned the tap off in the aftermath of Covid-19, with no consultation.

"To turn the taps off on an industry after Covid-19 without coming to us and saying 'hey, how do we work together' is just wrong and totally unfair," he said.

He said the Auckland Council-supplied non-potable water stations, containing undrinkable water, were a good token gesture, but it had not helped with business.

"The phones have stopped ringing because the message has been wrong in how [Watercare has] delivered it. They haven't said to people, 'hey we've given this industry an alternative water supply', so everyone's phones have died off."

Edwards has lost two staff members and sleep as a result.

"The impact is huge. I've had to lay off staff and my business is on the brink of not surviving and I know many other businesses are the same."

Edwards has met with the council and Watercare to discuss his concerns.

He wanted to work with the company to allow water blasters to operate while minimising use and following best practice.

Henry Norcross is president of the newly formed Exterior Cleaning Industry Association. The drought kickstarted the creation of the group.

Norcross believed the industry was singled out due to a lack of understanding of how they operated.

Most of the time water blasters used cleaning agents and a low water pressure, instead of straight blasting surfaces.

He said the restrictions should have looped in other industries too, such as concrete cutters and mixers.

John Pharaoh has run a waterblasting and housewashing business for 20 years, and the current water restrictions have swept his income away.

He has worked 13 out of 90 days since restrictions were put in place.

Pharaoh believed the restrictions targeted waterblasters, with construction workers and hairdressers among the industries seemingly unaffected.

"I believe that we've been selected because we are visible, and people can see that we're actually using water."

Watercare chief executive Raveen Jaduram said the business association did not exist when the restrictions were put in place, and this made it difficult to consult with industry members.

Jaduram said Watercare only wanted to reduce water use and particular industries were never targeted.

He understands the industry is under financial pressure, but Watercare's aim is to preserve drinking water.