Repealing a short piece of legislation allowing family carers to complain to the Human Rights Review Tribunal is back on the government's agenda. 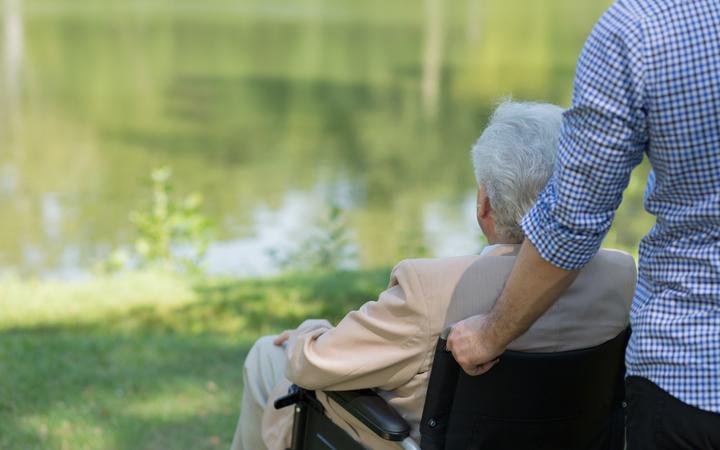 Last month, campaigners for the law change were told Ministry officials were too busy with Covid-19 to help the select committee prepare it's report.

The Associate Health Minister Jenny Salesa also wanted to give carers time to have their say.

But in an apparent u-turn, health officials are now available and this afternoon the committee will hear the last dozen submissions - but there's still no guarantees the legislation will pass before the election.

Three years ago Labour came to power promising to repeal the law which prevents family carers from taking a case of discrimination to the Human Rights Review Tribunal and the courts.

Now at the end of the term, Labour is still no closer to doing that, even though the legislation fits onto a single page and contains only two substantive clauses.

Otago University law professor Andrew Geddis says the current law was brought in to stop the courts from reviewing the government's family care policies and decide whether they're acting in accordance with New Zealand law.

He says the government needs to act on its promise and pass the new legislation throwing that out.

"From a constitutional perspective, this legislation would basically return us to the way things are meant to work; government makes decisions, but it can only do so within the law and the courts are there to ensure that government decisions are in accordance with the law," Geddis said.

And he says at the moment the government decides how it wants to pay family carers and there is no external, neutral, objective viewpoint to ensure the government isn't discriminating against them.

"The existing family carer scheme is, of course, is far inferior to the way in which other kinds of carers are paid. Family carers are paid at a lesser rate, they are paid for fewer hours and so on. But of course those sort of claims can't be bought before the courts because, in essence, parliament has told the courts you can't look at this sort of thing," he said.

The Disability Rights Commissioner Paula Tesoriero says since she took up the role, she's received countless complaints from disabled people and their families about the law. She also wants it repealed smartly.

"It was harmful to disabled people, partly in the way that it was passed under urgency and there has been litigation around this. The courts have expressed their views about this policy and it is time that these rights of redress were restored to disabled people and their families," she said.

So how likely is it, that the bill will pass before the election?

Tesoriero says she's confident it could. But Geddis says the government's legislative timetable is already tight and with few sitting days left, it's unlikely.

He says if the select committee's report is written and ready it can be picked up quickly by the next Parliament.

Meanwhile, the select committee says it's made no decisions about reporting back to Parliament.