More than 200 film and TV production workers will have arrived in New Zealand by the end of the year, despite border restrictions. 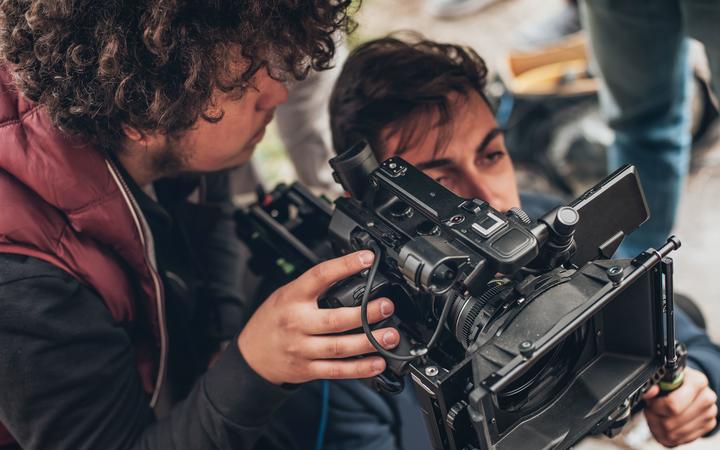 The Ministry of Business, Innovation and Employment has confirmed exemptions have now been made for seven productions.

Some crew from Avatar and Jane Campion's Power of the Dog are already in the country thanks to an exemption made for essential workers.

A spokesperson for MBIE said workers involved in five other productions would arrive over the next six months.

Ther were more than 100 exemptions for the Lord of the Rings TV series, with others for Power Rangers, Cowboy Bebop, Sweet Tooth, and Greatest Beer Run Ever.

"These productions were granted exceptions on the basis that they will inject about $400 million into the New Zealand economy and directly employ up to 3000 New Zealanders."

She said their entry into New Zealand was subject to all Immigration New Zealand's usual processes. That includes the mandatory 14-day isolation period.

The timing of each arrival is subject to production timing, availability in quarantine facilities and meeting their own quarantine costs, Roguski said.

Five workers for GSR Productions - which is responsible for Lord of the Rings - are scheduled to arrive into the country this week.

The New Zealand Film Commission said the productions would do many shoots on location, which would help spread the benefits around the country.

But head of international screen attraction Philippa Mossman said it was not just about the money.

"We speak a lot in economic terms but it's also very uplifting I think in hope for everybody to see this exciting activity going on and see New Zealand reflected back on those screens when those productions are finally released into the world."

Mossman said crews have had to make difficult sacrifices to separate from their families during the Covid-19 pandemic.

"Film personnel that may gain permission to enter New Zealand are having to leave their families in increasing turmoil where they live in order to accept the work in New Zealand. And by those few people gaining these border exemptions the positive impacts for New Zealand are immense."

Immigration Minister Iain Lees-Galloway accepted it must be hard for those who could not get back into the country at the moment to see these crews given a green light.

"I just want to acknowledge that it is a very, very difficult situation for thousands of temporary visa holders who have been asked to make that sacrifice in the interests of keeping the virus out of New Zealand and maintaining that status we have held for quite some time."

Lees-Galloway said the exemptions were made with the economy in mind.

"So people who meet those criteria are able to come because they offer that significant impact for New Zealand."