Behind the scenes of an epic PR fail

The documentary film Influence lifts the lid on how a global PR company destroyed itself when its unethical conduct in South Africa was exposed by journalists. Mediawatch asks the film’s makers what we should learn about modern political communications from the scandal. 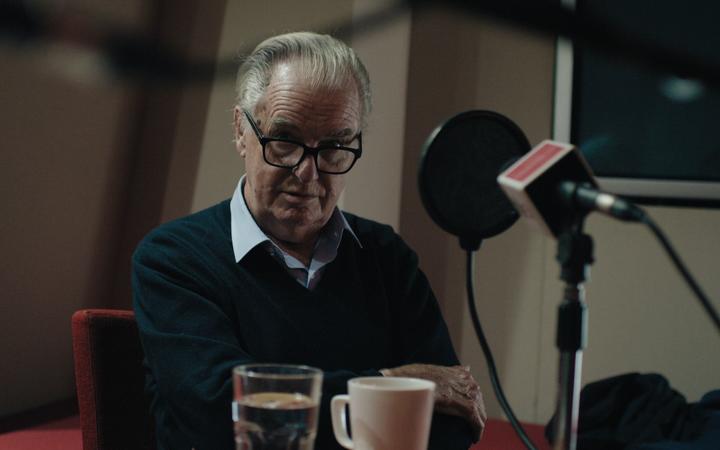 The late Sir Tim Bell opens up about the unethical conduct that destroyed his company and his own reputation in the documentary 'Influence.' Photo: supplied/

Last week, most of the news about politics was coronavirus-related. It went under the radar a little when Facebook said it is making it compulsory for politicians and parties to sign up to its transparency tool if they want to advertise in the lead up to the election.

And it also won't be possible for offshore interests to post Facebook ads post ads referring to our political figures, parties, social issues or our election during that period.

During the 2017 election, this wasn't much of an issue here, but back then we were still finding out just what went on in the US election the year before and the Brexit referendum before that.

In March 2018, media revealed Cambridge Analytica’s illegal use of the personal Facebook data of tens of millions of people for Donald Trump's presidential campaign as well as the Leave the EU campaign in the UK.

That’s the subject of criminal investigations in both countries still going on. 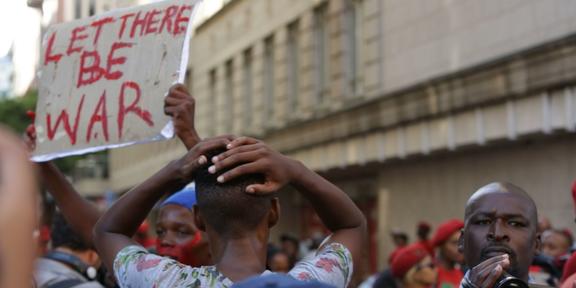 Bell Pottinger was accused of inflaming racial tension in South Africa in the service of its clients. Photo: Supplied /

Nigel Oakes, ex-ad man and founder of SCL Group - is proud to be a pioneer in what he calls "weaponized political data".

"The question of morality using these tools is exactly the same as the question of a gun and bullets I'm call my Smith and Wesson or whatever because I make the best guns. But I can't say how they can be used," he says in Influence.

Another Briton in the film who'd  been in the political persuasion game even longer was Tim Bell.

He was the PR man Margaret Thatcher’s Conservative Party turned to in the 1908s to win hearts and minds and votes of British public.

It worked. They won three in a row and the Tories made him Sir Tim Bell - and later Lord Bell.

He then founded the PR firm Bell Pottinger, which became notorious for taking on international clients with shocking reputations.

But the reputation of his own company was dented in 2016 when it was reveled the United States Department of Defense paid Bell Pottinger more than US$500 million to create ad campaigns, fake news and even fake terrorism videos during the second Iraq War

And his company was killed off completely in 2017 when Bell Pottinger was accused of exploiting racial tension in South Africa in the interests of the super rich Gupta family and its mega-company Oakbay Investments.

Its connections to South Africa’s former president Jacob Zuma led to his downfall.

Sir Tim Bell memorably tried to claim it was nothing to do with him in a now-notorious BBC interview:

Since then, Nigel Oakes has been diagnosed with terminal cancer.

But both agreed to talk to two investigative journalists from South African news website Daily Maverick for the  extraordinary documentary Influence.

Influence is more than just the story of one extraordinary player of the PR game  - its about the weaponising of advertising techniques for political purposes - and what goes on in an industry operating behind the scenes far from the public gaze, when its not clear who is paying what are sometimes colossal bills.

And what can happen when it goes wrong - for the company, the client and ordinary people caught in the crossfire.

The film also notes the rise in recent year the advent of big data and digital platforms - after they have influenced the conduct, and, depending on who you believe, the outcomes of elections overseas.