The strengthening and redevelopment of the Sarjeant Gallery in Whanganui is to get another $12 million from the government. 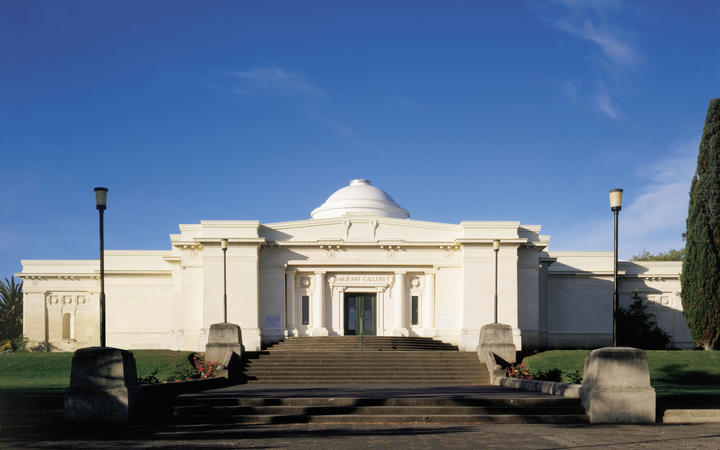 The cost of strenghthening and redeveloping the Sarjeant Gallery is now estimated at $49.3m. Photo: SUPPLIED

It is addition to a previous $12m Provincial Growth Fund investment announced in September last year and will be administered by the fund.

Last month it was revealed the Sarjeant project will cost $49.3m, about $15m more than estimated in 2016.

Jones said the Whanganui District Council would use the funding to support the increased cost of redeveloping the Sarjeant Gallery Te Whare o Rehua Whanganui.

He was confident the development merited further government investment.

"The gallery and its collection are nationally significant. It is part of the vibrant creative community in Whanganui, and the wider cultural hub in the region.

"Educational opportunities will also be provided for those considering a career in the galleries, libraries, archives and museums sector, and local iwi will be assisted or trained in the preservation of heritage art."

"The funding announcement, delivered at the site of the Sarjeant Gallery redevelopment, shows the government recognises the economic value in the redevelopment project, which will see $15.4 million going directly to Whanganui contractors.

"Once the redevelopment is complete, it's estimated the gallery will attract around 22,000 additional visitors to the district per year, generating around $11.4 million in additional regional spending."

The earlier government contribution was targeting a new wing being built at the Category One listed heritage building.

The gallery's refurbishment began in May after several years of fund-raising for the project, including hundreds of individual donations from members of the community.

The Sarjeant Gallery Trust has raised more than $9.6m in community grants and donations, interest has netted more than $800,000 to date and Whanganui District Council has allocated $5m to the project in its long-term plan.

"The significance of this project to communities all over New Zealand is evident from the degree of public and financial support it has received locally and nationally," said Jones.

"This funding will enable the Sarjeant Gallery to undergo a specialist redevelopment, and preserve taonga on behalf of iwi and for future generations to come."

The cost to restore and earthquake-strengthen the nationally significant building had increased from earlier estimates, due in part to work having to be completed sequentially, rather than concurrently as originally estimated.

Other costs related to heating, ventilation and climate control associated with the safe storage of taonga and other art work, exterior cladding and an increased contingency allowance.