Some Interislander ferry services are cancelled from this afternoon with 6m waves forecast in Cook Strait. 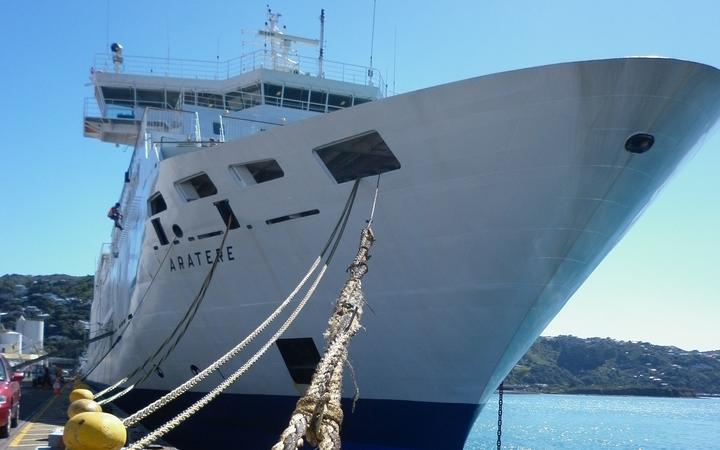 The southerly winds bringing large swells to Cook Strait are expected to reach gale force in Wellington this evening.

The height of the bar indicates the strength of the wind ️

Wellington and the eastern South Island will certainly 'raise the bar' on Wednesday-Wednesday night!

Interislander executive general manager Walter Rushbrook said all affected passengers would be contacted and transferred to alternative sailings. He said the company regretted the inconvenience to passengers but safety had to be its top priority.

Bluebridge has not announced any cancellations.

Wellington City Council is warning residents of the South Coast to be prepared for the large swells along the south coast from late afternoon.

MetService meterologist Kyle Lee said the worst of the southerlies would hit from 6pm and peak around midnight.

"Because of the strong southerly surge we are also expecting combined waves and swells to get up to five-and-a-half, maybe even six-and-a-half, metres for the south coast this evening in Wellington - unfortunate timing in terms of maximum swell and combined waves."

After huge waves hit the coast in April causing damage to homes a [https://www.rnz.co.nz/news/national/415809/wave-warning-system-introduced-after-huge-swell-hit-wellington wave warning system was brought in to alert councils and civil defence.

Heavy snow warnings have been issued by MetService for Taihape, the Ruahine Range and the Tararua Range, while a heavy snow watch has been issued for the ranges of Marlborough.

The Desert Road (SH1) could get snow up to 25cm deep at higher altitudes, while the Remutaka Hill Road (SH2), the Napier-Taupo Road (SH5) and Lewis Pass (SH7) will have rain turning to sleet and snow from this afternoon.

Temperatures are expected to be low through to Friday.

This morning, Taupō and Blenheim were sub-zero, both still at -1C by 7am, and colder than Queenstown at 4C, while Auckland and Wellington were 7C.

Cold southerlies cover the country this working week with temperatures expected to remain on the wintry side. Here are your observed temperatures across the main centres this morning. Nothing into the double digits and a few stations still in the negatives. ^KL pic.twitter.com/PINETvErBQ

Today's weather in the main centres: