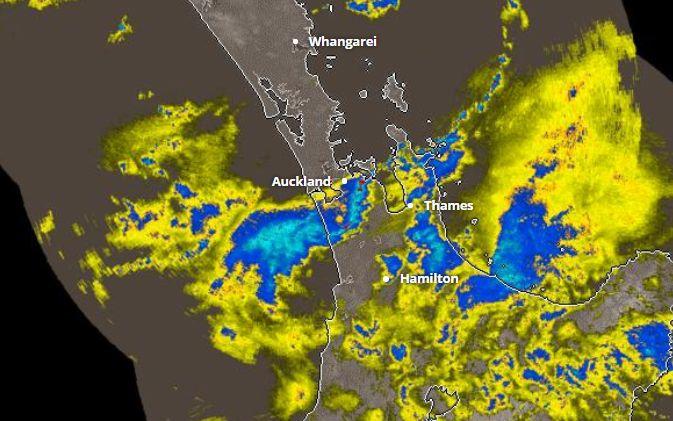 Thames Valley Civil Defence Controller said there has been no serious damage to homes or businesses.

Heavy rain, thunderstorms and lightning hit parts of the upper North Island overnight and in the Coromandel, the Kauaeranga River was swollen after 200mm of rain fell at the Pinnacles.

Thames-Coromandel Mayor Sandra Goudie told Morning Report the river was at full height and may spill over stop banks on to the main road. Contractors were monitoring spillage onto the motorway until the 10am high tide passed.

Earlier surface flooding had closed State Highway 25 at Hikuai and the Kauaeranga Valley River Bridge at Rhodes Park in Thames. There was surface flooding at Puriri, Te Puru, Kopu east heading to Paeroa and the Karangahake Gorge.

Thames Valley Civil Defence controller Garry Towler said the Eastern Seaboard bore the brunt of the storm and teams were out assessing the damage this morning. There were reports of trees down and some wind damage.

Fire and Emergency in Auckland received two calls to help rescue cars from floodwater this morning.

More than 50mm of rain fell over parts of Northland and Auckland overnight.

Flooding and a crash on the Southern Motorway were causing delays to northbound traffic from Drury to Manukau.

UPDATE 6:45AM
The right northbound lane is now blocked as the flooding, and a crash, is dealt with. Expect congestion from Drury to Manukau. Delay your journey if possible. ^TPhttps://t.co/sS7TzW9yJv

The region's dams are half-empty and huge swathes of the country are reeling from one of the deepest droughts the country has experienced.

Quite the Thunder and Lightning Show going on in Auckland at the mo.
Some heavy rain, but not enough I fear.

Watercare, Auckland's water and wastewater provider, said in a social media post: "Well, that was a good dose of the wet stuff. Up till midnight we recorded 24.5mm of rain in the Lower Huia catchment and 19mm in Mangatangi. It's pushed our total water storage up to 47.1 percent. Please keep saving 20 litres a day, as one dose of rain won't end the drought".

Heavy rain is forecast during the day in Bay of Plenty west of Edgecumbe, including the Kaimai Range.

MetService says there could be thunderstorms and some severe localised downpours of 25mm to 40mm per hour.

It is warning motorists of surface and flash flooding, especially around low lying areas such as streams, valleys and rivers.

Motorists are also warned to take extra care travelling through the Karangahake Gorge.

The rain is forecast to ease to showers later in the day in Auckland and Coromandel, as strong to gale easterlies change to light northerlies.

The central and lower North Island are due for occasional rain and most of the South Island will have fine weather.