TranzAlpine train services will be running again between Christchurch and Greymouth next month, but the move has left supporters of Dunedin Railways fuming. 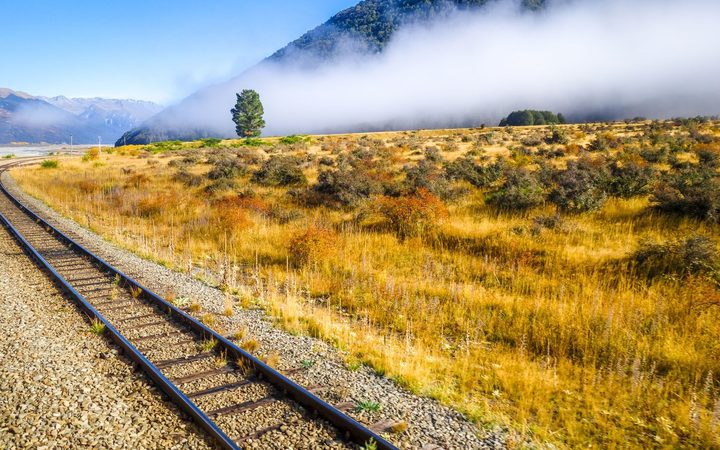 Lonely Planet has described the TranzAlpine train service as one of the world's 10 most amazing rail journeys. Photo: daboost/123RF

KiwiRail said it would welcome families and holidaymakers aboard the scenic ride from 4 July.

"We're conscious of how important this service is to the West Coast economy and we're looking forward to bringing visitors to the Coast again, allowing them to see the snow-capped Southern Alps along the way."

With its last ride on 22 March, Miller said the service which relied heavily on overseas tourists would need local support.

"This will be an ideal time for New Zealand families to try something new," he said.

"Covid-19 has taken a heavy toll on tourism everywhere and unfortunately, like other tourism providers, KiwiRail and the communities we serve have suffered the impact."

Lonely Planet has described it as one of the world's 10 most amazing rail journeys.

During July and August, the TranzAlpine will run on weekends, departing Christchurch at 8.15am, and spending an hour in Greymouth before leaving at 2.05pm on Saturdays and Sundays.

It will also run every day of the school holidays, 6-17 July, on the same timetable as weekends. All fares will be changeable, fully refundable and available at the winter special rate of $75 per seat one way.

The company also operates the Coastal Pacific train between Picton and Christchurch, which does not run during winter, and the Northern Explorer between Auckland and Wellington, which is not currently considered financially viable.

No decisions have yet been made on the return of the Northern Explorer and Coastal Pacific. KiwiRail also runs a commuter rail service between Palmerston North and Wellington, which resumed in late April.

Dunedin rail workers were fuming over the TranzAlpine announcement, while Dunedin Railways continues to languish.

More than 50 jobs are expected to be lost at Dunedin Railways, which runs the Taieri Gorge Railway, when the company is mothballed at the end of this month.

Kearns said the decision to restart the service was a glaring reminder of the failure of leadership at Dunedin Railways Limited.

The view of Dunedin Railways workforce was that board chair Kevin Winders should be stood down so he could concentrate on his job as Port Otago's chief executive, given the recent loss of business at that port, Kearns said.

"We have seen KiwiRail management looking at new opportunities with TranzAlpine while the Board and senior management of DRL have condemned this Dunedin asset to a slow death. This is absolutely gutting for the workforce and the many local people who want to keep Dunedin rail rolling."

The failure to get a trial commuter service up and running, or secure tourism recovery funding, could be laid directly at the feet of the board and senior management, Kearns said.

"Everyone has been doing their jobs for them. The workers, the council, the public, even local MPs have been working to save this asset with fresh new ideas - but the people paid to keep this business going have done nothing except undermine the future of DRL."

There was no detailed plan for maintenance of its track and assets once mothballed, Kearns said.

The campaign had recently called for KiwiRail to take over the track owned by Dunedin Railways, he said.

"As the current DRL leadership can't or won't do the work, they should go, and we can find new people who are prepared to meet challenges and have a go-forward outlook," Kearns said.