Dunedin Railways Limited's track and equipment will be mothballed, and 51 staff may lose their jobs due to the economic effects of Covid-19. 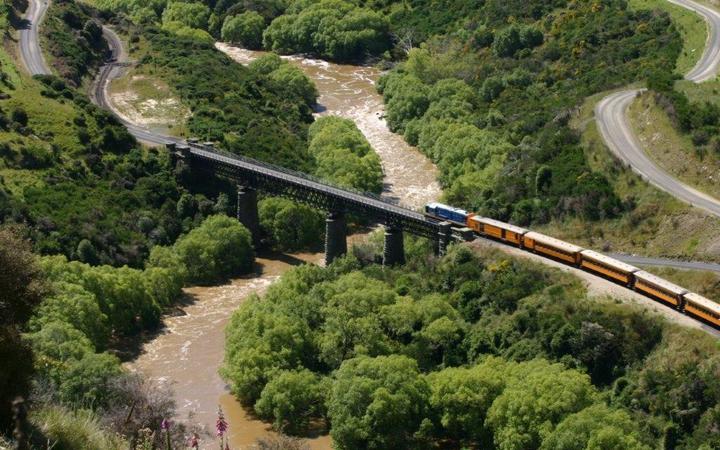 The company, which is owned by the Dunedin City Council, has run train excursions since the late 1970s.

Its operations have been increasingly focussed on the tourism market, in particular the cruise ship season.

Dunedin Railways chair Kevin Winders said mothballing was a way of preserving the company's assets, while exploring future options in what would be a very different tourism environment.

The Dunedin City Council agreed to meet the ongoing costs of mothballing the operation.

"Sadly, mothballing the company will have an impact on staffing," Winders said.

"Consultation with staff and the union has commenced today on proposals which would result in 51 job losses.

"We deeply regret the impact on our staff and their families. This is a very difficult time for them and we will work hard to do everything we can to look after them."

Under the proposal a skeleton staff of four would prepare the company for hibernation and maintain some assets.

The railway operated and maintained the Taieri Gorge Railway, as well as other excursions.

The company had difficulties even before the Covid-19 outbreak.

"The impacts of Covid-19 exacerbate these challenges severely because the company is largely reliant on international tourism which makes up 80 percent of DRL's total passenger numbers," Winders said.

"We are unlikely to see international visitors return in the 2020/21 summer and the outlook beyond that is uncertain at this time. With this outlook, it is simply not possible to keep the business operating as normal."

"This option provides flexibility to explore new and sustainable tourism offerings based on DRL's assets as the economy and tourism recover post Covid-19."

This future evaluation work would be led by the railways' sister company, Dunedin Venues Management Ltd, given their experience in entertainment, marketing and tourism, Cooper said.

Future options would be reported back to Dunedin City Holdings Ltd and the Dunedin City Council later this year, who would then make decisions on initiatives and any proposed investment.

Cooper said it was too early to know what options might emerge, but the business and its products could look quite different in future.

Dunedin Mayor Aaron Hawkins said mothballing the company was the only realistic alternative to full closure, but it was still a "heartbreaking outcome".

"Under the proposal a number of jobs would be lost, which is devastating for those impacted and their families," he said.

"It is also a significant blow to an iconic and long-standing tourist attraction. Dunedin Railways, and particularly the Taieri Gorge Railway, is much loved by the Dunedin and wider Otago community."

Dunedin City Holdings Limited advised the council that continuing to run Dunedin Railways would cost about $750,000 per quarter ongoing through winter, with little hope of any significant revenue for at least another 18 months.

The company was not able to sustain those costs and would quickly become insolvent without a significant contribution from its shareholders.

Hawkins said the council therefore agreed to financially support mothballing the company's assets to allow exploration of new and sustainable tourism offerings, rather than seeing the business close completely.

"The Council has asked for a report to come in advance of the Long Term Plan next year that will present future options for the railway operation, including restarting the business. The DCC and DCHL will then make decisions on initiatives and any proposed investment," Hawkins said.

In the meantime, the council agreed to meet up to $1.05 million of the ongoing costs of mothballing Dunedin Railways from 30 June 2020.

The costs included the retention of a small number of staff, and the storage and maintenance of key assets such as locomotives, carriages and power vans.