An environmental group protesting the felling of hundreds of non-native trees on Ōwairaka/Mt Albert have laid a police complaint over threats of violence they've received. 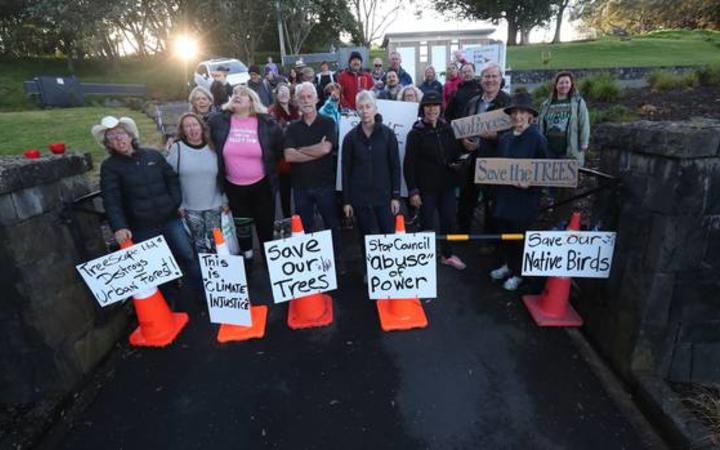 Honour the Maunga have been occupying the Auckland site since November to stop 345 exotic trees being felled as part of the Tūpuna Maunga Authority's programme to restore native vegetation.

Honour the Maunga spokesperson Anna Radford said over the last seven months threats against the group have increased.

"Things have escalated to the point now where I've had an attack made on me personally - when I say an attack [it was] via Facebook - suggesting that people who don't agree with what we're saying look me up personally and come and deal with me."

She has laid a complaint with the police over half a dozen threats of physical violence she has received online.

Radford said Honour the Maunga have been subjected to a smear campaign, falsely accusing them of hate-speech and racism and she was concerned that if it continued, someone would get hurt.

She said the group's purpose has and always will be about stopping the felling of non-native trees, which they say residents were never consulted about.

The Tūpuna Maunga Authority - a co-governance group made up of mana whenua and Auckland council representatives - said the plan was put out to public consultation between February and May 2016.