It's a beautiful, crisp autumn day on Allendale Road, in Auckland's Mt Albert, which is usually bustling with people heading home or going to work or school. 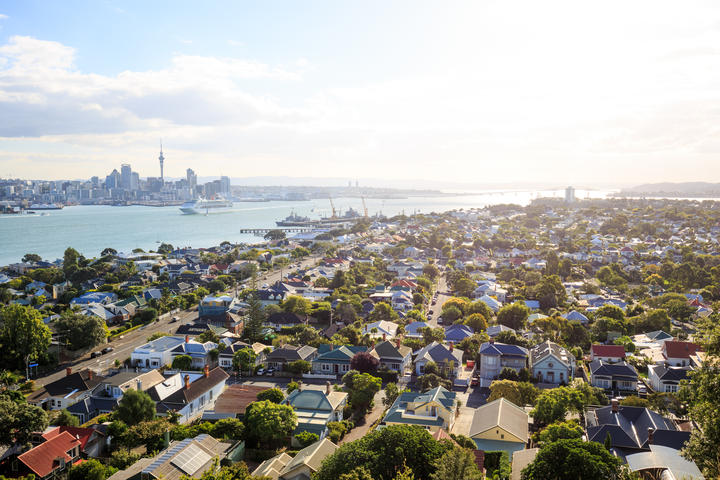 Like the rest of New Zealand, though, the chattering birds now have full dominion, other than the odd dog walker or delivery van.

But behind every door, people are dealing with one of the most extraordinary and frightening events in our country's history.

RNZ spent a few hours on the phone finding out how people in this particular street - it was chosen at random - are adapting to their strange new realities.

Jas is locked down with his stepmother, brother, father, two dogs and two cats.

My old man's pretty crook - he's been in bed for a few days so we're a bit worried about him. We'll take him to the doctor's tomorrow.

"Hopefully it's not as bad as what everyone else has been dealing with."

Otherwise they're holding up okay - they've got a big house so aren't too on top of each other, and the animals are loving all the extra strokes they're getting with everyone home all day.

"I'm the only one that leaves the house now - I go to the supermarket or I go to the chemist - unless they're exercising. But dad can't, and my stepmother she's going a bit out of her mind.

"She's normally so busy, so it's probably the hardest for her out of all of us. [She's doing] anything and everything, but she's gonna run out of things to do pretty quickly because she's such a such a busy lady."

A few houses down, Judy is isolating alone and having a bit of a hard time at the moment.

"It is stressful. Yes, it is sort of the unknown," she said.

She's been passing the time doing crafts - knitting and sewing - and watching television.

"I do patchwork, so I'm doing a wall hanging and knitting blankets for the hospital, which I do anyway."

Barbara Plant has become the Allendale Road street co-ordinator for the Mt Albert Community Facebook page, and has been dropping flyers in letterboxes offering a helping hand to anyone who may need one.

"I've had about seven people call me and leave their name and contact details, offering help. But I've had no one ask for help ... so that's a good thing."

Roger Davies and his wife have been self-isolating for a few days longer than most, having travelled from Australia last Monday.

"We are consciously making our property our secondary defence. The odds are that [if we caught Covid-19] we'd give it to our daughter who's supplying our food, so she doesn't go anywhere near contact with us - there's always a physical barrier, a door or window or something.

"She was outside having a beer and we were having a drink on the inside, and she took a photograph and posted it to my son in Australia who thought that was rather strange."

Their neighbour, Diane, gave the top answer when asked what people should do to stop getting bored.

"I guess you've got two choices, haven't you? You can either keep your pyjamas on, loll around and watch telly all day. Or you can get on with all the things that you've been meaning to do but haven't."

We'll check back in with the cast of Allendale Road in a week or two.