Auckland rugby fans might have to take their raincoats with them to Eden Stadium on Sunday to watch the Blues vs Hurricanes Super Rugby game. 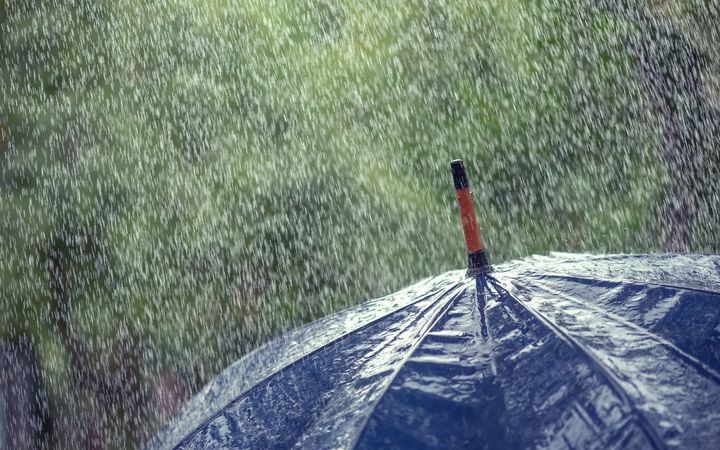 The Highlanders are playing the Chiefs in Dunedin on Saturday, and the Blues are playing the Hurricanes in Auckland on Sunday - the first professional rugby games in the world in this new Covid-19 era.

Those going to the latter may want to pack a raincoat or umbrella, or opt for a covered seat. MetService said that was what one of their meteorologists had done, as chances were it could be raining on the night.

MetService said it expected changeable weather over the coming days. Conditions will settle in the North Island today, but a cold front will bring heavy rain to the South Island's West Coast.

It issued a severe weather watch for Westland from today into the early hours of tomorrow.

That cold front would then head north at the weekend, bringing the rain with it - but it would not be as intense.

"With the front running into high pressure, it weakens as it moves north, but for the early part of the weekend it will be wet north of about Taupo," MetService meteorologist Andrew James said.

"This provides a small but useful top up for those on tank water in Northland and Auckland, but those areas are still running below average in terms of rainfall totals."

The front would bring cold air with it, making for a chilly Sunday morning in many parts of the South Island, James said.

"We're forecasting lows of -5C for Alexandra and -2C in Queenstown. In the north, Monday is the chilly start with Auckland coming in at 8C and Tauō down to zero.

"These are below average, but it's still normal to get these kinds of temperatures a few times each winter."

Next week, another frontal system is due - this time from the northern Tasman sea. It is expected to bring rain, along with above-average temperatures.