Oregon State University researchers studying blue whales in the South Taranaki bight have found a link between the whales, their prey and changing ocean temperatures. 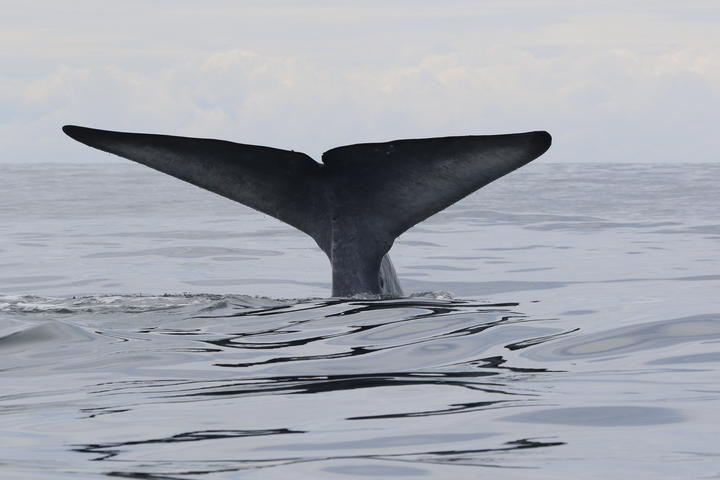 A blue whale shows its fluke as it dives deep in an area with abundant krill in the South Taranaki bight. Photo: Supplied/ Leigh Torres

The scientists analysed how conditions affect the whales' distribution and availability of their prey - krill, using data collected during typical summer conditions in 2014 and 2017, and warmer than average conditions in 2016.

The researchers found that during both warm and more typical conditions the whales fed in areas where the water was cooler.

They say as ocean conditions warm, this knowledge could be used to reduce the impact on New Zealand blue whales from human activity, including shipping related to offshore oil and gas exploration and production.

Oregan University assistant professor Leigh Torres is director of a specialised marine laboratory for studying the location of marine animals, and said understanding how changes in climate affects the ability of blue whales to feed gives researchers insight into their health and critical information for conservation management.

"These whales don't move around at random. We found the same ocean patterns that determine where whales are also determine where their prey are, under both typical and warm ocean conditions," said Torres, who helped discover the New Zealand population of blue whale.

"The more we learn about what drives these whales' movement, the more we can help protect them from whatever threats they face." 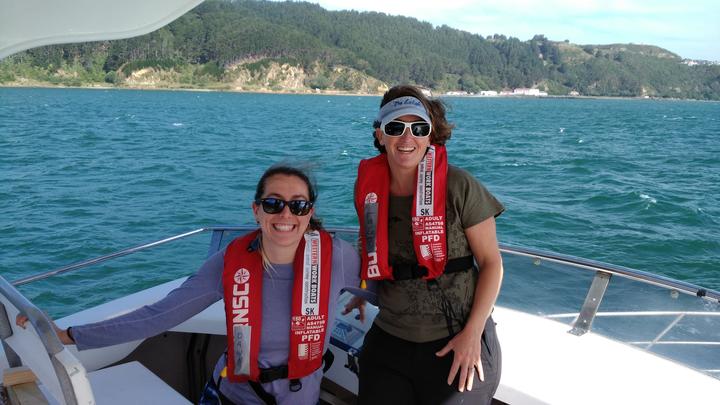 The researchers' findings were published this week in the journal Marine Ecology Progress Series.

Lead author Dawn Barlow, a doctoral student of Torres', said the goal of the study was to understand the habitat use patterns of this recently discovered population of New Zealand blue whales.

Genetically distinct from other populations, New Zealand blue whales spend much of their time in the South Taranaki bight. The bight is the area of sea south of Taranaki and above the Cook straight, which has frequent shipping traffic and activity from oil and gas exploration and production.

"We know this area is important to this population of whales, and we want to understand what it is about this spot that is desirable to them," said Barlow.

The region was often rich in prey - blue whales feast on patches of krill - but the prey was patchy and influenced by changing ocean conditions, including warmer temperatures and changes in ocean properties. 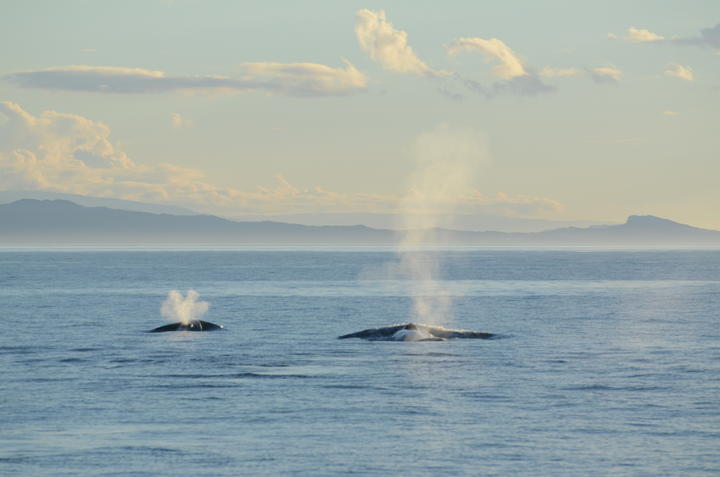 In the South Taranaki bight, cooler water temperatures represent deeper water this has beenpushed toward the surface in a process called upwelling, and tends to be nutrient-rich. 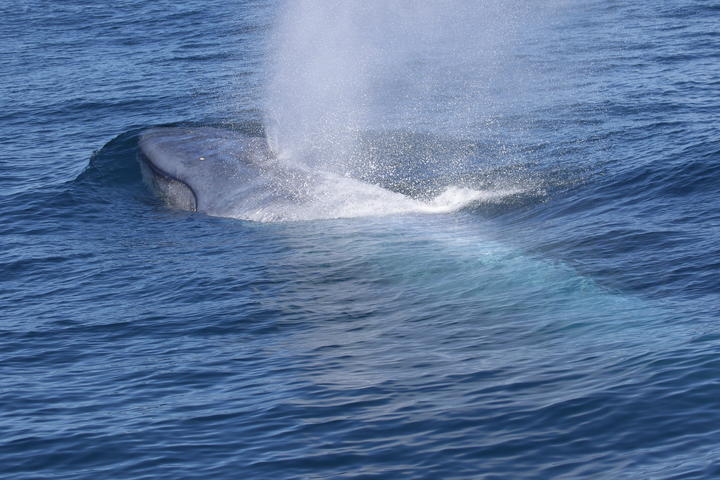 In their study, the researchers said they were able to bring all of the pieces of this nutritional pathway together to describe the relationships between oceanography, krill and whales.

Torres said as warmer ocean conditions become more common, this new knowledge could be used to guide human activities in the region in an effort to reduce impacts on the whales.

"Documenting information like this can really help us understand how to reduce threats to these animals," she said. "We need continued monitoring to understand how these whales will respond to both the changing climate and human impacts."