There were no new cases of Covid-19 reported today and there has now only been three new cases in the past 15 days. 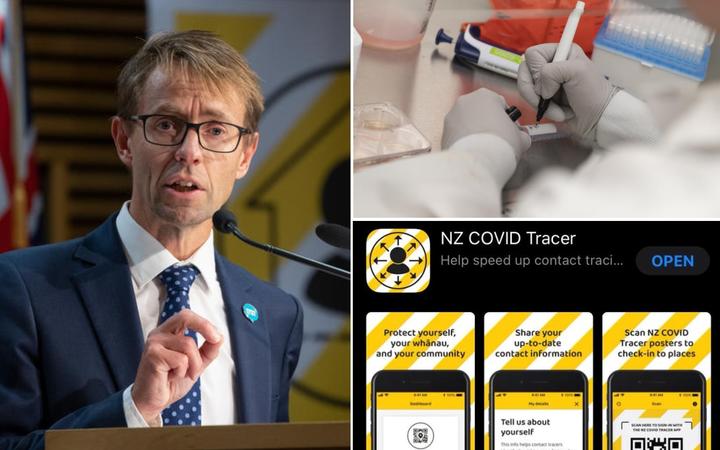 At today's media briefing, Director-General of Health Dr Ashley Bloomfield said the total number of confirmed cases of Covid-19 remained at 1504, with no new cases to report.

The total number of recovered cases was 1461, with only 22 active cases still in New Zealand, Dr Bloomfield said.

There were no new deaths to report either and one person remained in Middlemore Hospital.

A $37 million Covid-19 vaccine strategy announced by the government aims to help national and global efforts to create and distribute a vaccine to fight the coronavirus.

They said the strategy would be monitored by government agencies including Medsafe and Pharmac, as well as independent advisors.

Some $10m would go towards research in New Zealand, and a further $5 million was set aside for future production.

Dr Bloomfield said he had seen reports of a vaccine possibly being available in September.

He said while he would welcome that, he did not believe that was a realistic time frame given the development, testing and manufacturing of it.

Those comments were backed up by the Malaghan Institute's biomedical research lead, Professor Graham Le Gros.

He said some processes around testing and development meant a vaccine by Christmas was impossible, but it could be done within two years - and New Zealand had the expertise to do it.

From this Friday, gatherings can be attended by up to 100 people, and the Director-General of Health is confident contact tracing is ready, if needed.

"As long as we have got their contact details, and this is the key issue that we need to encourage people to do, is by using the ministry's (contact tracing) app."

He said data from mid April to mid May showed 82 percent of people could be contact traced within two days.

The aim with events of up to 100 people would be to trace all people within two days of a case being confirmed.

Staff across the company's Kiwi Experience and Waitomo Group, which includes the glowworm caves and blackwater rafting tours, as well as group support staff, are affected.

"We've done all we think we can to try and mitigate the situation but you can't just continue with losses and not make the right kind of decisions for the rest of the business," Webster said.

"We're better off surviving than keeping everyone employed and not surviving."

InterCity bus is restarting services in time for the long weekend, but the West Coast and the Far North miss out for now.

The nationwide bus service cancelled thousands of tickets and put itself on ice this month saying it could not afford to operate under the physical distancing rules.

It resumes operations on Thursday but said it was only running about a third of services across 70 percent of its network compared to pre-Covid-19 levels.

Japan is lifting its state of emergency in Tokyo and other areas.

Social distancing curbs were loosened for most of the country on 14 May as new infections fell, but the government had kept Tokyo and four other prefectures under watch.

Japan's economy minister told reporters on Monday local time the government had received approval from key advisers to remove the state of emergency for all remaining regions.

It would be the first time the country has been completely free from the state of emergency since it was first declared a month and a half ago.