Beneficiaries are angry the government is treating them differently to people who have lost their jobs because of the pandemic.

The Covid-19 payment will give the recently unemployed up to $490 a week - about double the amount of the jobseeker benefit.

Agnes Magele is a mum of two teenagers. They live in a statehouse and she is trying to scrape by on $243 a week.

"Sometimes I go to food banks if I have to. I have to do what I have to do so that and my kids get by each week. It's really, really hard to live on that small income from the benefit."

While Magele was pleased the government was looking after people who have lost their jobs because of Covid-19, she was angry too.

"It sounds like the government is saying that the people who have lost their jobs through Covid are deserving of an extra $250 on top of a normal benefit, as opposed to those who have already been on a benefit."

Magele said it would make a huge difference if she were getting $490 a week.

"It would help me pay off my debts a little bit faster and a lot of bills too. I'll be able to afford to get me and the kids decent, decent food each week."

Hannah McGowan is on the supported living payment.

While the new Covid-19 unemployment payment has its problems, she said the government had to do something to help.

"It kind of does prove that the supported living and jobseekers and all those kinds of benefits aren't really survivable," she said.

"[The new payment] is only for 12 weeks and I don't want to see any Kiwis struggling to pay their bills or their mortgage because of Covid-19."

"What is the difference between our unemployed whānau before Covid came along to now? It just really hit me because that is exactly what our families need, that sort of assistance.

"A lot of our whānau are living in deficit and when we see our government putting more money into an unemployed and labelling them as a new unemployed. I kind of felt 'what? you are making it out that the unemployed now are different or better off than unemployed before Covid'.

"It encourages and further stigmatises our communities being bashed as beneficiaries." 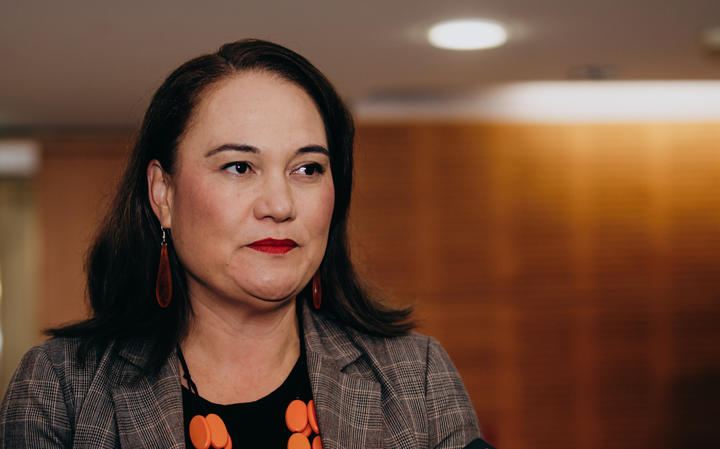 Wikitera-Kuki also took issue with the language used by the Minister of Social Development Carmel Sepuloni to describe the 'new cohort' of people finding themselves unemployed.

"It added fuel to the fire and further stigmatises already vulnerable communities and they have phrased it in a way which encourages that they use language that worsens the situation," he said.

"If they really had a positive intent to help our poor and vulnerable, they wouldn't have framed it in that way."

Wikitera-Kuki said it appeared the government had forgotten about the many people struggling day-to-day.