Some of the country's major summer music festivals are nearly sold out, despite organisers being unable to lock in their line-ups while the borders remain shut. 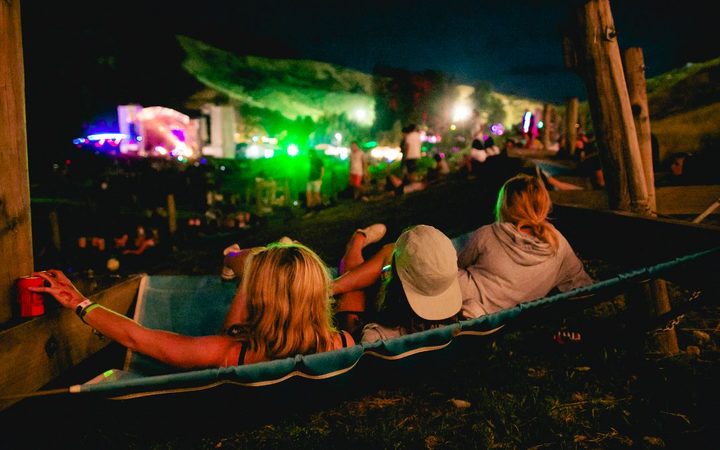 They are exploring home-grown and trans-Tasman billings, crossing their fingers for restrictions on gathering sizes to lift - and touting the role their events could play in domestic tourism.

Rhythm & Vines founder and co-director Hamish Pinkham was optimistic mosh pits and tent villages would be allowed to open for business by new year, with 90 percent of the festival's 20,000 tickets already sold.

He said international artists were the only part of planning that had stalled, with organisers opting to keep a range of line-up options open rather than exchange formal contracts just yet.

"We are continuing to secure a number of leading Kiwi artists and we're opening the door by keeping conversations going with international acts that potentially may be joining us if the borders were to be open - we've looked at things like quarantining artists if they're here for work purposes, we're considering the trans-Tasman bubble which is looking positive as well," he said.

"I think we're ahead of the curve. Most artist deals are done around June, July and the line-up's released in August so we've got plenty of time to assess options for our festival."

Ticket sales have been put on ice until about July, or alert level 1, when he hoped there would be more clarity about large gatherings.

"It's just still too early to confidently know, so I think we need to hold off a little bit. We're planning as much as we can now, and if we can go ahead that's great, and if not then the worst that can happen is that we have a year off," he said.

In the meantime, the festival's organisers had quietly secured a line-up they could be sure of.

"We've made the choice to book a solely Kiwi line-up. I think New Zealanders love their own and from our perspective, we're looking at having a New Zealand line-up to avoid any complication at the borders," he said.

In Mangawhai, New Year festival Northern Bass had already booked some of its international headliners before the border closed.

Director Gareth Popham said it was the fastest year on record for sales, with tickets on track to sell out, so he had been helping devise a plan B line-up with all New Zealand artists.

He said the festival's success would be meaningful to artists, staff and crowds. 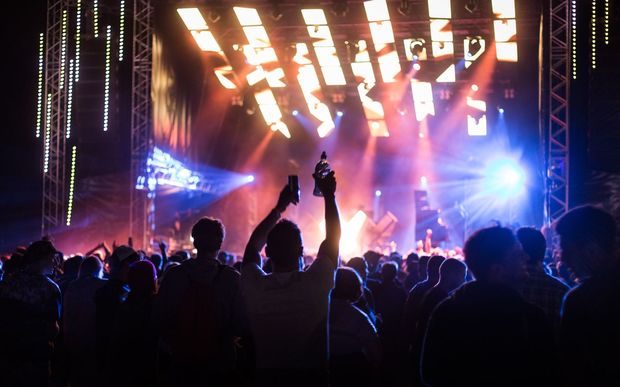 "To be honest, a lot of my positivity is also coming from our customers because we're getting hundreds and hundreds of messages through our platforms and a lot of the kids are asking what will we do? Will there be a Northern Bass if it can only be local acts? Of course our answer is yes, and every single person has replied with 'great, we'll be there'."

He said local communities, who got a healthy annual economic boost from Northern Bass, also stood to benefit if it was allowed to go ahead.

"If kids are even just going through and spending $100 in town on gas and food - and you know there's going to be kids spending thousands on baches - you've got to be bringing into an area like that $2 million or $3m a year, which I think is incredibly important to small towns," he said.

Amid the uncertainty, local musicians said a silver lining was the potential for exposure.

Ōhakune winter music festival Mardi Gras was forging ahead with plans for an event in four months, with international headliners swapped for home-grown talent.

Conor Till is part of drum & bass trio Sly Chaos which made it onto the billing, and he said now could be a once-in-a-lifetime opportunity for fledgling artists.

"It really does let the little guy shine and our local scene is so good. There's so much talent... and I think we'll get a lot of new talent shining through," he said.

Soul singer Hollie Smith is set to deliver a live music performance on Saturday 30 May that could be of the country's first in weeks.

As part of a socially distanced concert series at The Tuning Fork in Auckland, she'll be singing to a sanitised, seated, temperature-checked and slightly smaller crowd than usual.

Live Nation's co-head of promotions Mark Kneebone, who helped organise the concert, said the shows would still have full production, sound and lighting.

"So the running joke in terms of planning is that we've had more people work on [these concerts] than we could fit into the venue to see them."

He said it was an important milestone for the live performance industry, which needed to get back to some semblance of normal.

"We've got to go through each step along the way to get us to that point."