Auckland Airport has put most of a $1.2 billion work project on ice, but will shorten its runway by more than a kilometre tonight as one project goes ahead. 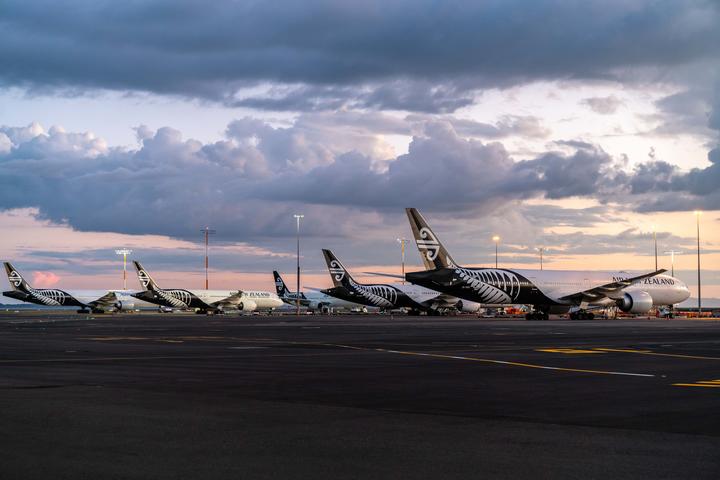 More than a kilometre of runway will be sealed off from tonight, so concrete can be replaced in the main touch down zone.

Auckland Airport had projected passenger numbers to double by 2044, but now faces a devastating blow to its business from the Covid-19 pandemic.

Airport development manager André Lovatt says most of the rest of the $1.2 billion package of improvements planned at the airport has been slashed down to essential safety and asset maintenance for the near future.

"It's extremely disappointing ... but with no certainty around when the aviation market will recover it just isn't realistic to keep progressing these projects at this point in time.

"We've experienced a significant reduction in flights and passenger numbers, with aircraft movements currently 90 to 95 per cent lower than a normal busy day."

The $26 million runway maintenance job was meant to start later in the year, but will now begin early.

"It was clear we had an opportunity to bring construction forward ... while runway movements are at an all-time low," Lovatt said.

The work, on the eastern end of the touch down zone, takes up 1.1 kilometres of runway. The workers will be shielded with protective fences designed to block them from the jet blasts, which will be moved into place tonight.

The teams will take about eight to ten weeks to replace 280 concrete slabs measuring 36 square metres each, and estimated to weigh about 12,000 tonnes all together.

Lovatt said normally operating with a shortened runway could mean airlines had to reduce aircraft weight, but with less fully laden aircraft flying now that would not be needed.