Blue sky planning to further develop a small airport near Helensville has been given legs by a new Ministry of Transport designation of the airport as an Airport Authority - giving them greater credibility and responsibility, and more powers for obtaining land. 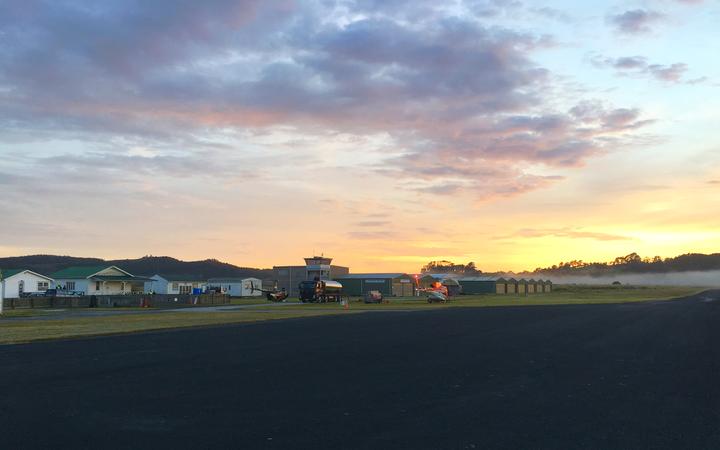 Parakai's West Auckland Airport is 50km from the Auckland city centre, and part of a township of less than 2000 people.

Simon Lockie, the airport's chief executive, said they have "shovel-ready" projects he hopes will be considered for government investment as part of promised cash injections to get the economy's cogs turning and provide jobs.

Their accessible location is ideal for small services that will be crucial for the aviation industry as it begins scaling services back up once confidence increases after the damage caused by Covid-19, he said.

At the moment flight training and sky diving operators are their main users, with aircraft less than 5.7 tonnes. But Lockie hoped small commuter services could operate from the airport, and that charter flights could return.

Government investment may be key. Lockie agreed private investors we likely to be coy in the current climate, and previously strong interest in building new hangars may have dried up for now, as it was attached to groups planning for the 2021 now in-jeopardy America's Cup.

Helensville National MP Chris Penk said the prospect of more jobs and better infrastructure would be welcomed, but locals were somewhat anxious about developments which could disturb the peace in their comparatively sleepy community.

"They have fears for what that might look like for living and working in their community, so that will have to be the subject of full consultation if that's to go ahead."

But Lockie said the airport did not have ambitions to become a "monster airport", and said considerable investigation was needed, including expert and public consultation, developing business cases, raising funds seeking resource consents and strengthening the existing facilities.

The first steps planned were rejuvenating the existing runway and buildings.

Runways were "consumable" infrastructure that were worn down with time, and needed ongoing improvements to keep up with evolving safety standards, he said.

Some of the buildings date back to the airport's beginnings in the early 1980s.

The West Auckland Airport catchment areas in the north west of Auckland are undergoing intense residential development, and expected to become home to another 120,000 people in the next 20 years, he said.

"People need to move around the country, transport infrastructure is a key to having a thriving economy and presents opportunities for business, tourism and economic growth.

"We think based on just the population growth in our area, and the inherent difficulties of moving people around a city that's the size and shape of Auckland, there is a logical case to explore for expanding the capability here. We want to do the research and put forward a good case."

At the moment it is blue sky thinking, but the new Airport Authority status gives them more solid ground to move forward on.

"In this current climate we see it as a time where we can offer some employment and some useful work to people who may not have it otherwise. I know there's a lot of people in our industry hurting right now, there's a lot of particularly small operators that have just had to shut up shop.

"Our own skydiving operator here has basically just had to suspend their operations - and that's 25 people without a job straight away. We're in a small community, we're only 45 minutes from Auckland's CBD, but we're a [tiny] township, so for 25 people in our local community to just lose their jobs overnight, that's something we'd like to do anything we can to reverse that kind of economic damage.

"So coming up with ideas that are a little bit off-the-wall I think is the kind of thinking that's required to get things moving again."